Authorities said they have found two cases of the H5N8 strain of avian influenza at farms each in North and South Chungcheong Province, raising the total caseload to 60, according to the Ministry of Agriculture, Food and Rural Affairs.

Earlier in the day, the country also confirmed another case in Muan, South Jeolla Province.

A seven-day standstill order has been issued on all poultry farms in the affected areas.

Authorities are also investigating more suspected cases nationwide, including at an egg farm in Anseong, 77 kilometers south of the capital city.

Since reporting its first case in nearly three years in November, the disease has been spreading quickly among local poultry farms.

So far, Gyeonggi Province surrounding Seoul has accounted for 16 cases, and North Jeolla Province has taken up 12 infections.

To prevent the spread of the virus, authorities have destroyed 16.2 million poultry from areas surrounding infected farms.

Cases from wild birds continued to pile up as well. 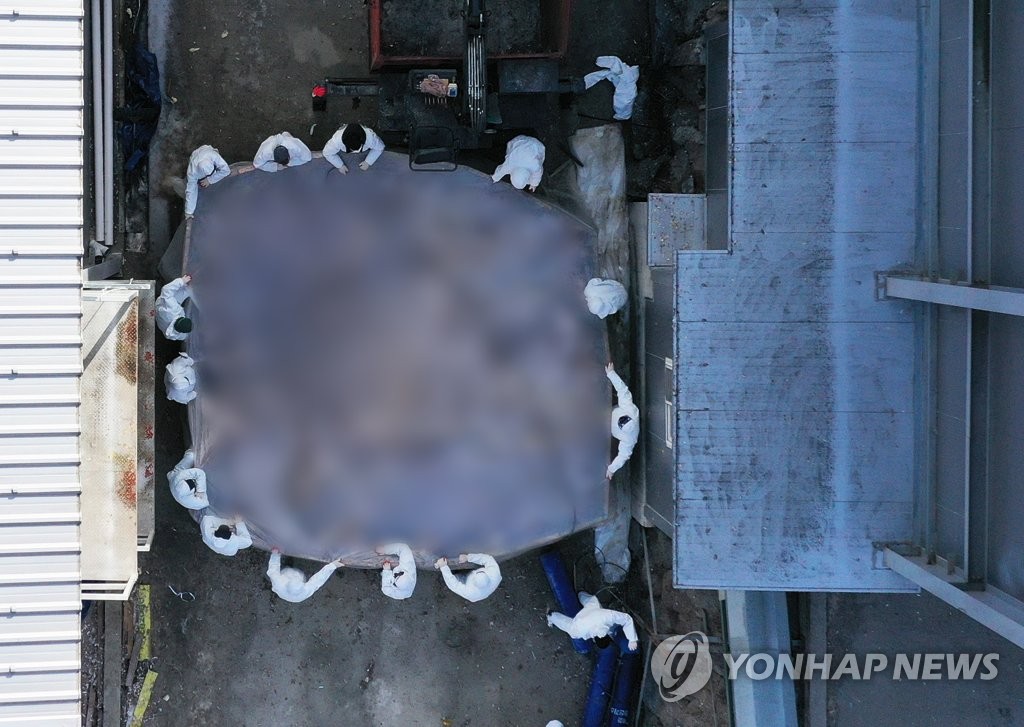