The awards are given to 12 digital songs that topped the chart each month and four physical albums that sold the most on a quarterly basis.

Among four trophies for physical albums, BTS took home two with "Map of the Soul: 7" and "BE."

The group also picked up the "Retail Album of the Year" award. 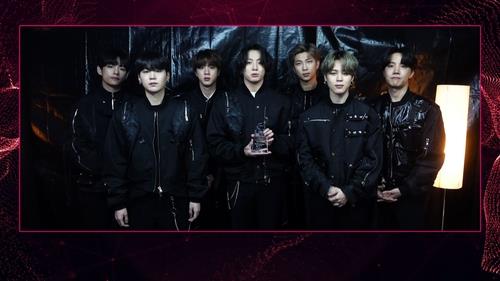 The sweeping wins mark another feat for BTS, which had one of the best years in its eight-year career last year, scoring record No. 1s on Billboard, winning prizes at major U.S. music awards and getting a Grammy nomination -- the first for a pop music act from South Korea -- for the ceremony slated for March.

"We feel grateful for ARMY, our fan club, who have listened to our songs and shown love," BTS said in a video after the group won the awards, asking for attention to their upcoming work as well.

Girl group BLACKPINK also won four prizes, including two "Artist of the Year - Digital Music" awards for "How You Like That" and "Lovesick Girls." The songs were released in June and October, respectively.

Lee Soo-man, the founder and executive producer of K-pop giant SM Entertainment, received the "K-pop Contribution Award" for those who made a great contribution to the K-pop industry. 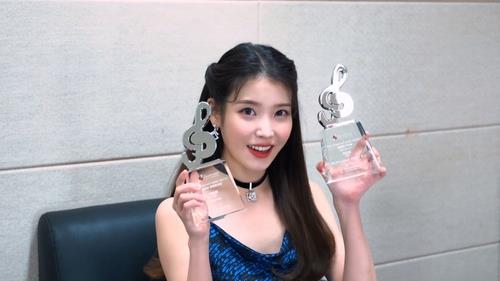