SEOUL, Jan. 14 (Yonhap) -- The debate on offering pardons to two convicted former presidents, which has consumed national politics from the start of 2021, will likely be renewed as the top court ended a yearslong corruption trial on former leader Park Geun-hye on Thursday.

The debate erupted almost unexpectedly after Rep. Lee Nak-yon, head of the ruling Democratic Party, stated on New Year's Day that he would ask the president to grant pardons for Park and Lee Myung-bak -- two former conservative presidents in jail on corruption and influence-peddling charges -- at an appropriate time as a way to transcend partisan politics and promote national unity.

However, Rep. Lee's comments, which weren't consulted on with party colleagues beforehand, have prompted ricocheting reactions throughout politics, stoking fierce objection from the DP's base supporters, as well as suspicious reactions from opposition parties, raising questions of motive and rationale in light of the DP chief's falling approval ratings.

Amid the political fallout from the pardon suggestion spiraling out of hand, the DP leadership came up with what many see as a dubious cop out position on the matter -- stating that Lee's remarks came from his "heart" free from political rationale and that the showing of sincere remorse by the ex-presidents is a prerequisite in potential pardons. 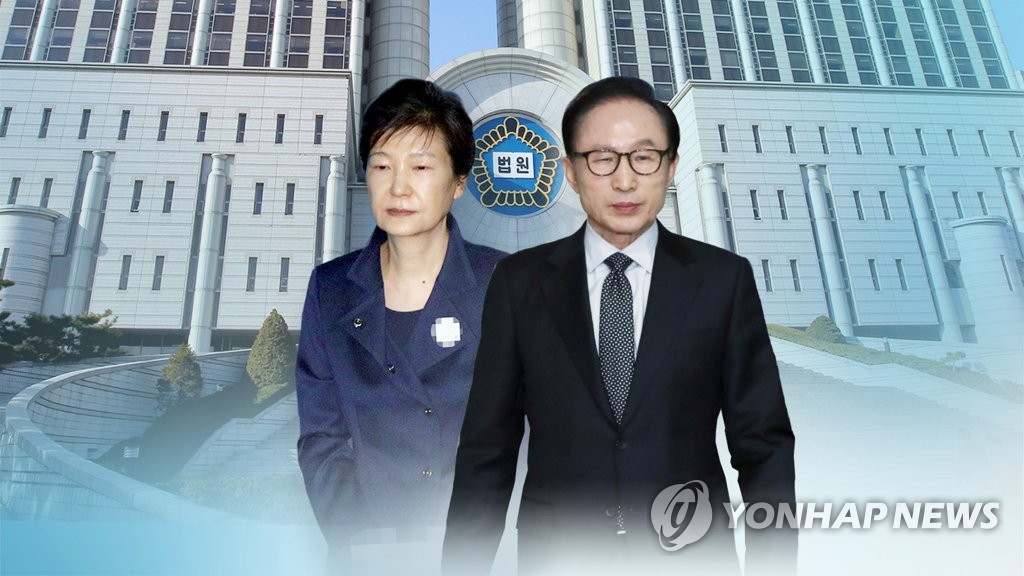 The two ex-presidents both have pleaded not guilty and have insisted on their innocence in their cases.

By law, the power to pardon lies solely with the president, and thus the pardon dialogue has naturally shifted toward speculation on President Moon Jae-in's position on the matter.

Lee Myung-bak's 17-year jail term was confirmed by the Supreme Court in November of last year. With Park's 20-year sentence now also confirmed, the onus over the pardon debate now falls on Moon.

Timing wise, Moon is soon expected to hold a New Year's press conference, with Cheong Wa Dae reportedly in the process of arranging details to ensure virus safety in doing so.

Moon has so far kept mum on the issue since the outset of the political debate. But he is now stuck in a position of having to make a public statement on the firestorm debate in one way or another.

Following Park's sentence, Cheong Wa Dae issued a statement, stating that such a corruption scandal that led to the imprisonment of an ex-president "should never be repeated." The presidential office, however, declined to comment on the pardon debate.

A senior Cheong Wa Dae official said he has not heard any specific response or comment from the president on the clemency topic.

Speculations and theories on how Moon may address the matter are divided. One of the biggest factors that will likely affect his decision is the recent public poll on the pardon topic.

In a Realmeter survey conducted last Friday on 500 adults nationwide, 56.1 percent of respondents said that a pardon "wouldn't contribute" to promoting national unity, while 38.8 percent said "it would contribute."

Choi Jae-sung, Moon's senior secretary for political affairs, said in a recent radio interview that a pardon should be decided on in consideration of the public's viewpoint, suggesting that clemency for the two jailed former leaders is highly unlikely due to current public sentiment.

But a pardon possibility also cannot be ruled out entirely, as Moon has mentioned national unity as one of the governing themes of his administration having entered its fifth year. 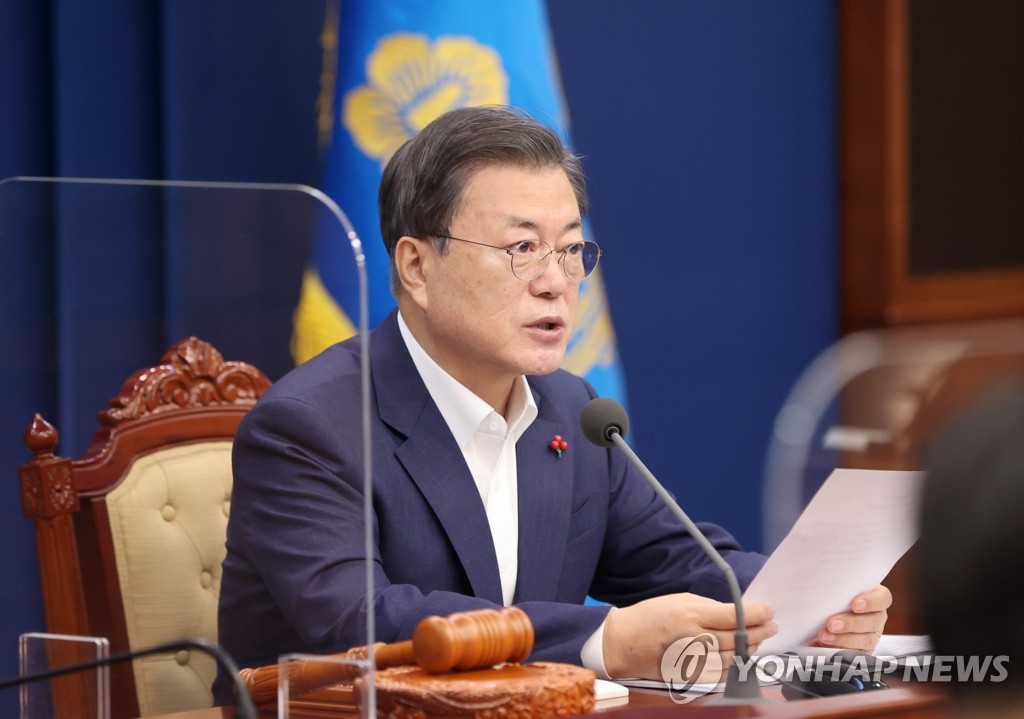 There are also theories that Moon may have difficulty turning down the idea raised by Rep. Lee, considering that the DP chief's term ends in March and their close relationship forged when Lee served as Moon's first prime minister.

The idea of only pardoning Park among the two has also been widely discussed throughout political circles.

The DP appears to be in a cautious mode for the most part, especially after having experienced an unexpected political brouhaha following Rep. Lee's comments.

"The party has already come up with its position and commenting further would be a burden for the president," a key DP member said. "I believe President Moon Jae-in will soon mention it at the upcoming New Year's press conference," the lawmaker added.

DP chief Rep. Lee reacted by saying that Park must "sincerely apologize to the public by reckoning with the deep wound (she inflicted) among the people."

On the surface, the main opposition People Power Party (PPP) said it "respects the court's decision and will somberly accept the results along with the people." But it is also expected to push hard for the pardons, especially as the Supreme Court ruling in Park's case has now cleared all legal hurdles in granting pardons.

Some opposition figures have also voiced objection to the possibility of a selective pardon for Park, arguing that Lee Myung-bak's sentence is lighter than that of Park.

"The president must make a decision if he is determined to unite the people. He needs determination and a broad perspective in viewing the entire country, including supporters of his rivals," said Park Hyung-joon, a candidate in the upcoming Busan mayoral by-election and Lee Myung-bak's former political secretary.