Outstanding bank loans to local households came to 988.8 trillion won (US$896 billion) as of end-December, up 100.5 trillion won from the previous year, according to the data from the Bank of Korea (BOK).

It marked the largest on-year gain since 2004, when the central bank began compiling related data.

The sharp yearly gain in household loans was mainly attributable to a sustained rise in mortgage loans and loans taken out to cover property-related costs and stock investment, according to the BOK.

Non-mortgage loans amounted to 266 trillion won as of end-December, up 32.4 trillion won from a year earlier. It represented the largest on-year gain on record.

Unsecured loans accounted for the bulk of banks' non-mortgage lending.

Amid a rally in the stock market, households rushed to borrow money to subscribe to initial public offerings (IPOs) and opened accounts for credit loans.

Meanwhile, banks' corporate loans also grew by the most last year due largely to the government's financial support meant to help them ease the pandemic-caused liquidity crunch.

Outstanding corporate loans totaled 976.4 trillion won at the end of December, up 107.4 trillion won from a year earlier. It marked the largest on-year rise since 2009, when the central bank began compiling related data. 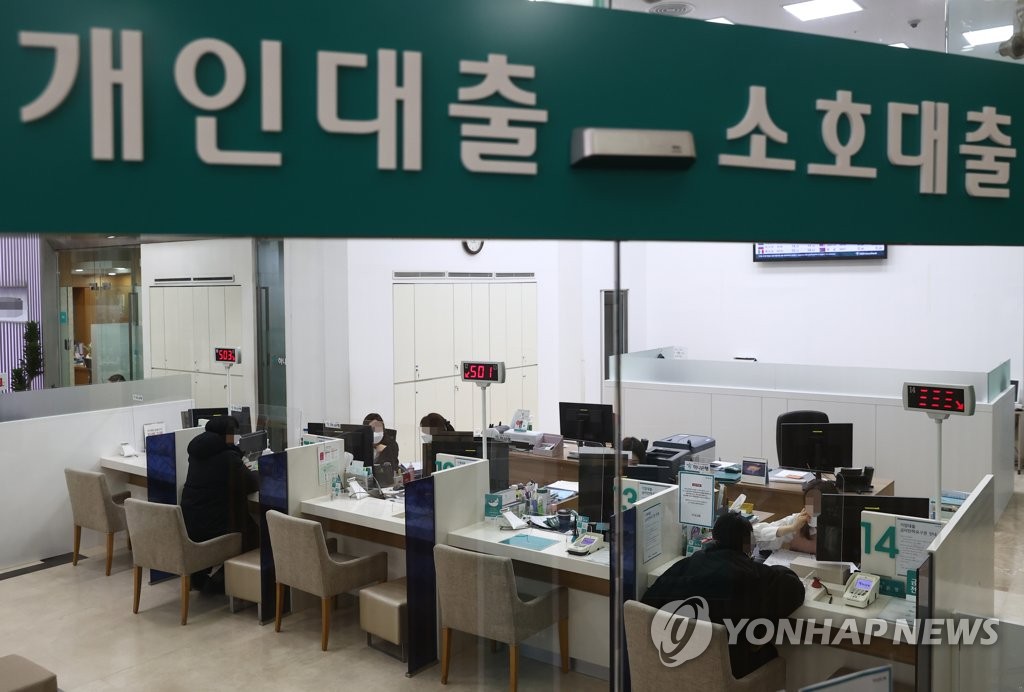 Banks' household loans grow by most in 2020

Banks' household loans grow by most in 2020