JEJU, South Korea, Jan. 14 (Yonhap) -- Police on Jeju Island investigating a massive cash theft at a casino said Thursday they have retrieved what appears to be the bulk of the stolen money and are tracking down three suspects.

The police investigation began Jan. 4, when Jeju Shinhwa World, one of South Korea's largest integrated resorts, made public the mysterious disappearance of South Korean cash worth 14.56 billion won (US$13.38 million) from its casino building.

At that time, Landing International Development Ltd., the Hong Kong-based operator of the Jeju casino, asked the Jeju police to track down a female Malaysian executive in charge of the cash, saying she had not come to work after leaving for vacation at the end of last year and remains out of contact.

Jeju's provincial police agency said it has so far discovered about 12 billion won presumed to be part of the stolen money -- 8.15 billion won from the Jeju casino's VIP room safe and about 4 billion won from where the Malaysian executive used to stay -- and that it has launched a manhunt for the woman and two suspected co-perpetrators. 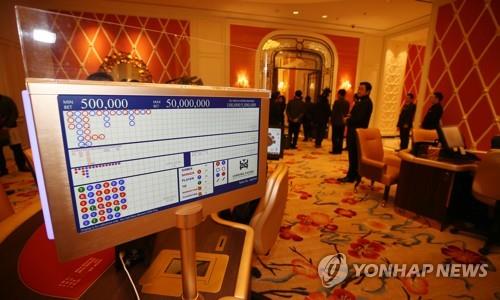 The 55-year-old Malaysian executive of Chinese descent and one of her two suspected accomplices, identified only as a 30-something Chinese national, are believed to be staying abroad, and another unidentified accomplice is still in South Korea, the agency said, adding the alleged co-perpetrators are not employees of the casino.

"All the retrieved money is cash in new 50,000-won bills. The possibility of other accomplices being involved in the theft cannot be ruled out," a police official said.

The official said the Malaysian executive had taken the cash out of the Jeju casino's safe in accordance with its due security procedures.

Police tracking down 3 suspects behind cash theft at Jeju casino

Police tracking down 3 suspects behind cash theft at Jeju casino