In an online conversation hosted by Korean American actress Sandra Oh as part of the Korean American Day celebration Wednesday (U.S. time), he said the movie was not just a tale of a Korean immigrant family based on his childhood experience but also a story of an individual struggling with everyday life.

"(My childhood memories) could also hold a lot of the ideas that I was thinking through about life itself, as a dad, as a husband, and all these different things that I was wrestling with, with my career, and just thinking about America," he said.

"I just felt like, this is interesting that all of these might be able to come together, using memories as a starting point." 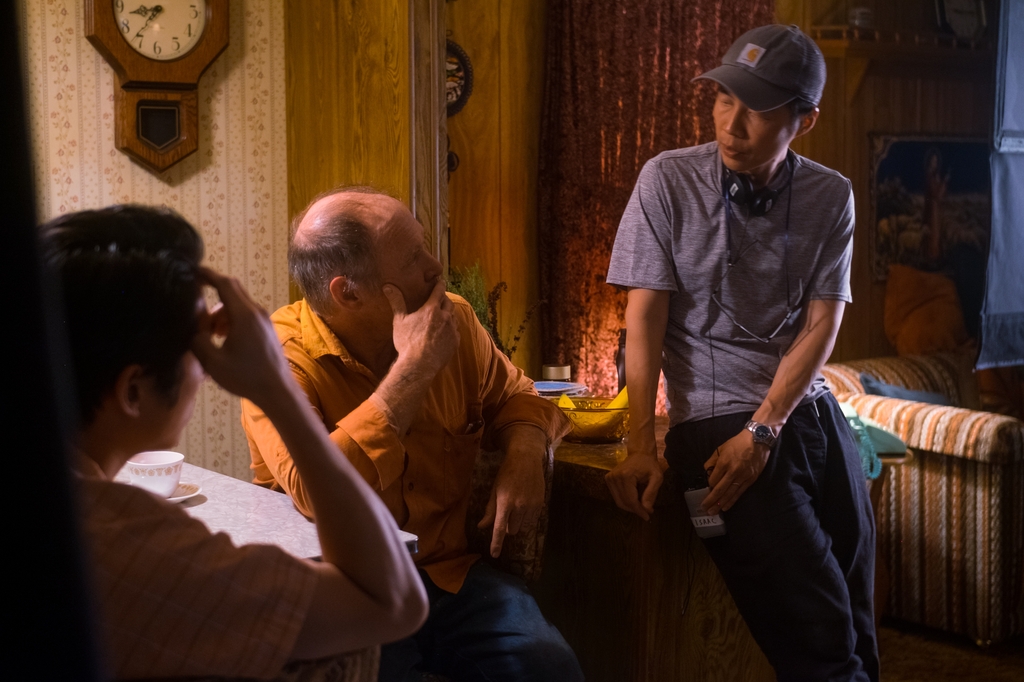 "Minari," Chung's fourth feature, depicts the story of a first-generation immigrant family from Korea settling in a remote farm in Arkansas in pursuit of their own American dream, from the view point of a 7-year-old boy named David (Alan Kim) and his parents, Jacob (Steven Yeun) and Monica (Han Yeri).

The arrival of their grandmother, Soon-ja (Youn Yuh-jung), from Korea makes the family face big changes in their efforts to get used to the rural life in a tiny Arkansas farming community.

Following the jury and audience awards at the Sundance Film Festival in February last year, the movie has been creating strong buzz in the U.S. award season in the run-up to the Oscars in April, bagging a number of prizes from film critics circles and film festivals including the North Carolina Film Critics Association.

Youn is one of the biggest contenders for best supporting actress at the upcoming Academy Awards in April.

"Minari" has also been at the center of controversy in the U.S., as organizers of the Golden Globes have put it in the best foreign-language film category, not in best picture, citing that its dialogue is mostly in Korean.

Many Korean Americans and others with Asian origin in the U.S. entertainment circle have complained of the decision, saying that "Minari" is about an American family made by a U.S. director and production company. 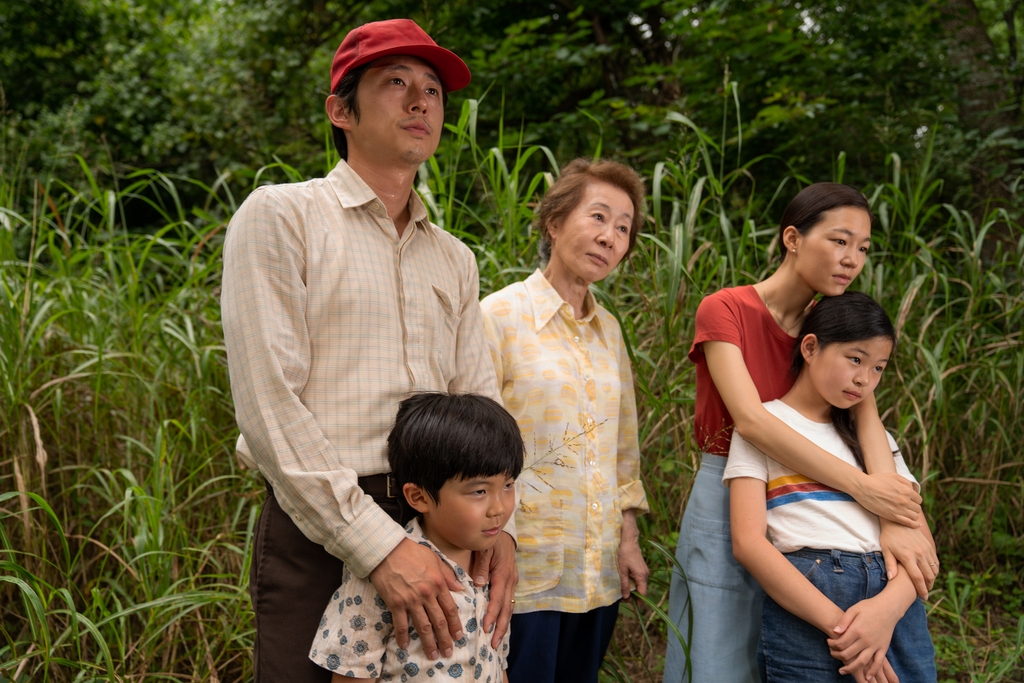 The director, however, said the recent rave reviews reflect that humanity helps the film resonate not only with Korean Americans or other immigrant minorities in the United States but also with people from every walk of life.

"To push it out into the world and to share with the people, I just feel astounded that other people are going along for the ride," he said. "That's spoken to me a lot about maybe the sheer humanity that we have, that I hoped for as I was writing this, that I hope that I was speaking to."

In transforming a personal tale of a Korean immigrant family into a story of the generation, Chung tried not to limit the movie to his own memories.

"I tried really very hard from the beginning of writing that I wanted to distance myself from the actual reality of what happened to the story of the film itself," he said. "So the film itself would become a film and then move away from just being a memoir." 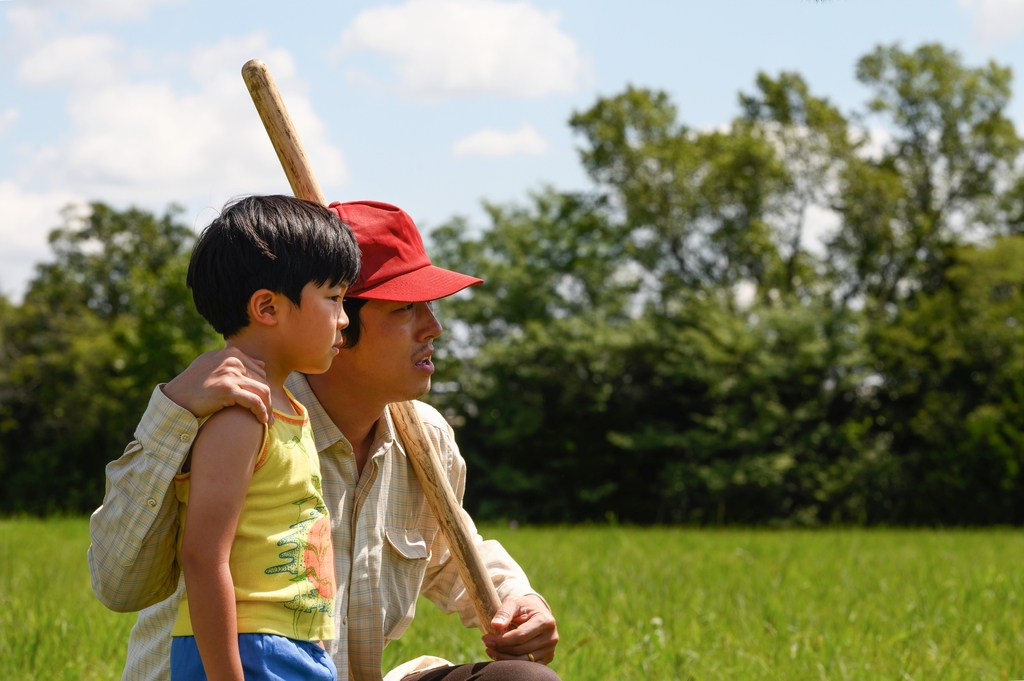 Chung asked his actors to create their own characters instead of imitating his parents in order to come up with a complete new creative story. He kept modifying and fine-tuning the script after discussing it with the cast during production.

"The act of making a film is that you're creating something completely new," he said. "We are not trying to capture something, but we are trying to create something."

He said he was happy to hear that the film reminds someone of his or her grandparent in their childhood.

"We share a lot of the same experiences. Even people who aren't Korean will tell me about their grandmother after seeing this film," he said. "That's so wonderful, beautiful for me." 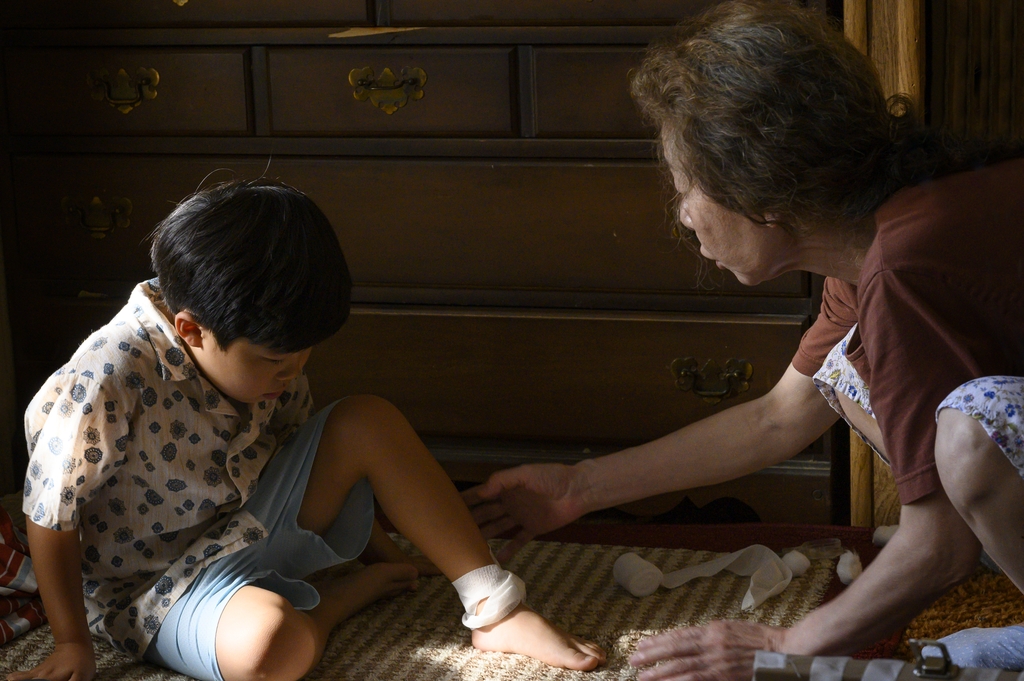 "Minari," which premiered in South Korea at the Busan International Film Festival in October, will open theatrically on Feb. 12 in the U.S.