(ATTN: CHANGES headline, lead; UPDATES with the latest tally throughout)

The USFK said on its Twitter account that four people tested positive with the COVID-19 virus, in addition to seven cases reported a day earlier.

One of the four positive cases split time between Yongsan garrison and Camp Humphreys in Pyeongtaek, some 70 kilometers south of Seoul, it added.

The seven cases include one U.S. Department of Defense (DoD) employee and four contractors, who work together on the base. They have been in isolation after coming into direct contact with their colleague who earlier tested positive for COVID-19, according to the USFK.

All seven people are currently in isolation at their off-installation residences while awaiting transportation to a medical facility in Camp Humphreys, it added.

The latest cases raised the total number of infections among USFK-affiliated individuals to 594, most of whom tested positive upon arrival in South Korea from the U.S. 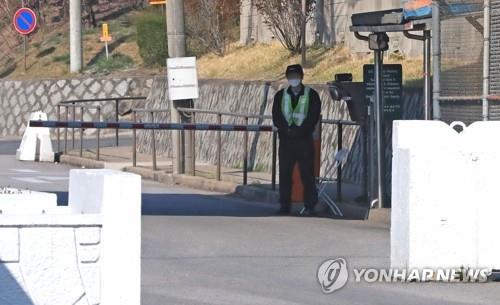