SEOUL, Jan. 15 (Yonhap) -- Samsung Electronics Co. on Friday unveiled its new flagship smartphone lineup, including a stylus-supporting model, in a move to solidify its top status in the global mobile industry amid the pandemic.

The Galaxy S21 range, all supporting 5G, is highlighted by new "contour cut" camera housing design that seamlessly blends into the metal edge frame of the device. It boasts a 5-nanometer processor and artificial intelligence-supported cameras, according to Samsung.

"We are living in a mobile-first world, and with so many of us working remotely and spending more time at home, we wanted to deliver a smartphone experience that meets the rigorous multimedia demands of our continuously changing routines," Roh Tae-moon, who heads Samsung's mobile business, said. "We also recognize the importance of choice, especially now, and that's why the Galaxy S21 series gives you the freedom to choose the best device for your style and needs."

Of the three models, the high-end S21 Ultra supports S-Pen stylus, which was previously used only for Galaxy Note phablets. Though the S-Pen will be sold separately, this is the first time that Samsung has brought stylus features, from drawing to note-taking, to its Galaxy S series.

Samsung said the S21 Ultra features its most intelligent and brightest screen.

Its Quad HD+ Infinity-O display, with a resolution of 3,200 x 1,440 pixels, supports 120Hz refresh rate for the time, and the device automatically adjusts the screen's refresh rate depending on the content, from 10Hz to 120 Hz, to deliver the best image, according to Samsung.

Compared with its predecessor, the S20 Ultra, the S21 Ultra boasts a 25 percent bright picture at a 1,500 nits of peak brightness, the brightest-ever for a Galaxy smartphone, Samsung said. It also offers a 50-percent improved contrast ratio from the S20 Ultra.

Samsung said the S21 Ultra comes with a quad-rear camera setup that consists of a 108-megapixel wide camera, a 12-MP ultrawide camera and two 10-MP telephoto cameras. The device also has a 40-MP selfie camera.

Also for the first time, the S21 Ultra allows users to shoot in 4K video at 60 frames per second across all lenses. 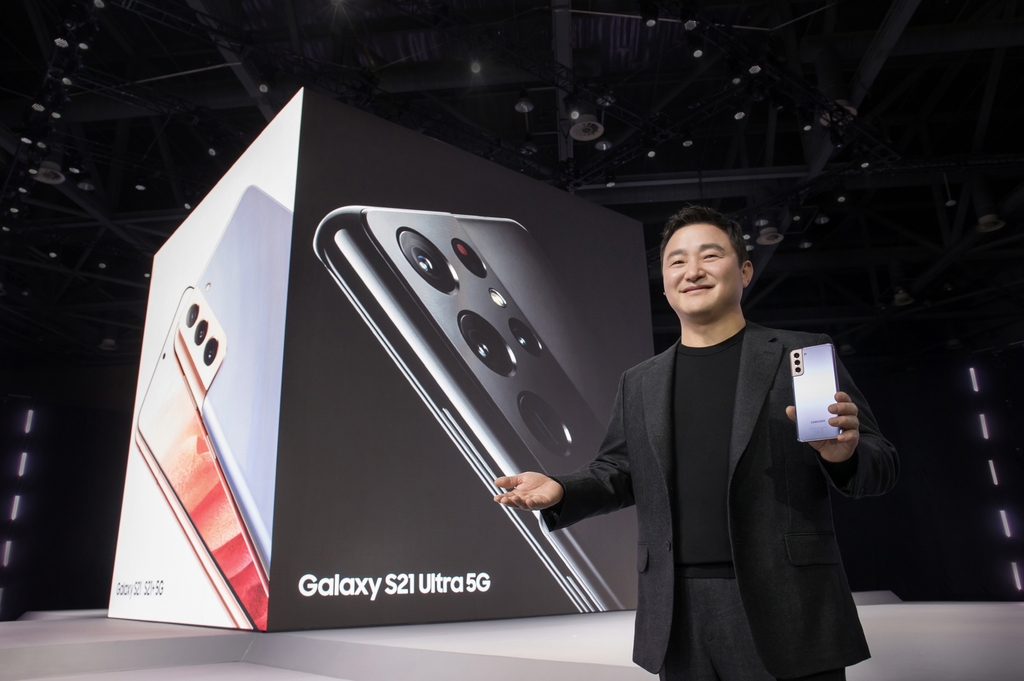 While the high-end S21 Ultra features upgraded specs from the S20 Ultra, the entry-level S21 and the mid-tier S21+ come with somewhat downgraded features compared with their predecessors.

Both S21 and S21+ have the same triple rear camera settings as their predecessors -- 64-MP telephoto, 12-MP wide, and 12-MP ultrawide. They have 10-MP camera on the front.

The S21 and S21+ only offer 8GB RAM and 256GB internal storage space, compared with their predecessors that had up to 12GB RAM. The S21 Ultra comes with 12GB and 16GB RAM options, with base storage up to 512GB.

Samsung said the S21 series will be launched on Jan. 29. Preorders for the new handsets will start Friday in South Korea.

The Galaxy S21 will go on sale with a price tag of 999,900 won (US$910) here, which makes the device the cheapest flagship 5G smartphone model from Samsung. The S21+ will be sold for 1.199 million won here, while the S21 Ultra will have price tags of 1.452 million won and 1.599 million won depending on RAM and internal storage options. 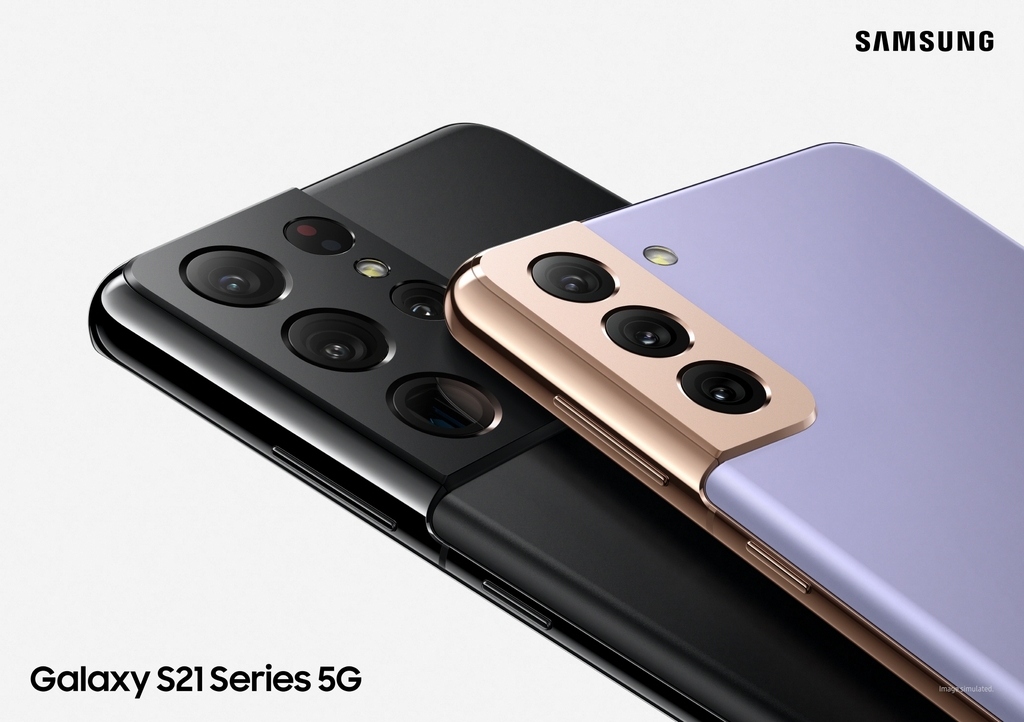 Samsung has been hosting its Galaxy Unpacked event every February to unveil its new Galaxy S devices, but the company decided to introduce them early this time to better cope with the challenging market situation.

The world's largest smartphone vendor hopes the S21 smartphones can post brisk sales to fend off challenges from Apple Inc. and Chinese brands.

According to market researcher Strategy Analytics, Samsung had a market share of 19.5 percent in terms of smartphone shipments last year, which was the first time since 2011 that its market share dropped below 20 percent.

Apple took the runner-up spot with 15.5 percent share in 2020 on the back of its iPhone 12 series, while China's Huawei Technologies Co. ranked third with a 14.4 percent share.

For this year, Strategy Analytics predicted Samsung's market share to drop to 18.8 percent, while that of Apple is expected to increase to 16.4 percent.

According to market tracker Counterpoint Research, the S21 series is expected to sell 28 million units worldwide this year, which is slightly better than the first-year sales of the S20 devices estimated at 26 million units.