Moon made the remarks during a meeting with outgoing Japanese ambassador to South Korea, Koji Tomita, according to Cheong Wa Dae spokesman Kang Min-seok.

Moon told the Japanese envoy that South Korea and Japan are the "closest neighbors and most important partners" for achieving peace and prosperity in Northeast Asia and the world, according to Kang.

In a landmark ruling, the Seoul Central District Court ordered last week the Japanese government to pay reparations of 100 million won (US$91,300) each to 12 former South Korean women, who were forced to serve as sexual slaves for front-line Japanese soldiers during the war. 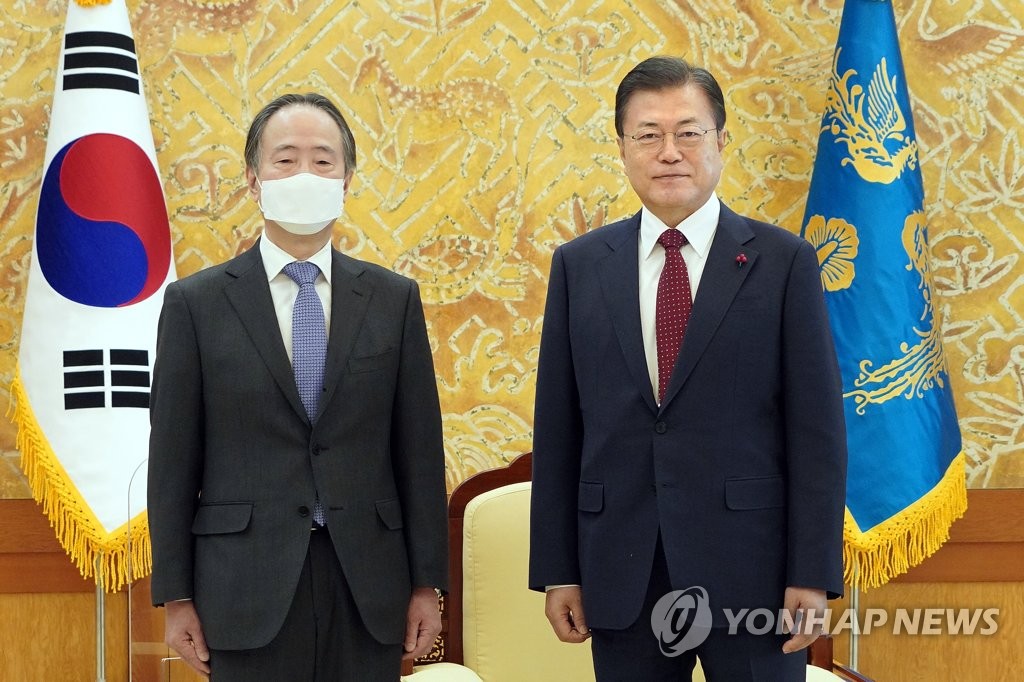