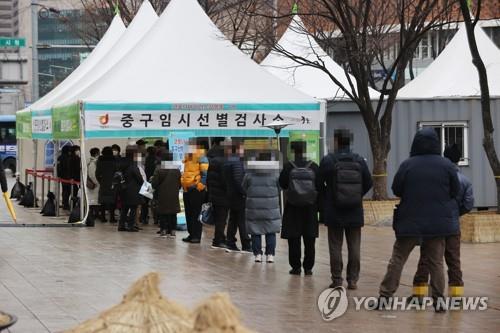 People wait in a line for coronavirus tests at a makeshift clinic at the plaza in front of Seoul City Hall on Jan. 15, 2021. (Yonhap)

A total of 207 cases have been reported from a church in Yongin, 50 kilometers south of Seoul, up 30 from a day earlier, the authorities said.

A praying facility in Jinju added 12 more COVID-19 patients, bringing the total to 85, they said.

In addition, senior homes, hospitals and religious facilities across the nation have reported more cases. 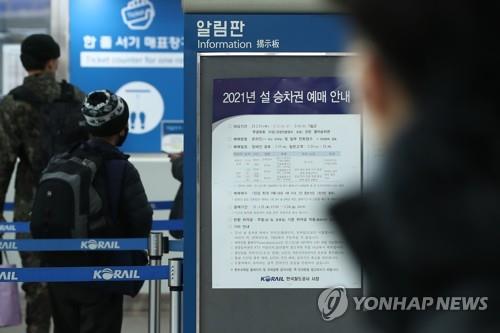