The North wrapped up its eight-day gathering of the Workers' Party on Tuesday, in which it called the United States the North's "foremost principal enemy" and pledged to bolster its nuclear arsenal.

During a military parade that followed the party gathering, the North showed off its latest weapons, including a submarine-launched ballistic missile (SLBM).

"The two sides shared assessments on the latest developments on the Korean Peninsula, including the North's eighth party congress, and exchanged opinions on joint efforts to make progress toward the complete denuclearization and settlement of permanent peace on the peninsula," the ministry said in a press release.

North Korea appears to aim at upping the ante ahead of next week's inauguration of Joe Biden as new U.S. president amid uncertainty over the incoming administration's policy direction on Pyongyang amid stalled denuclearization talks.

Noh was appointed as Seoul's top nuclear envoy last month, as South Korea seeks to create fresh momentum and kick-start the stalled nuclear diplomacy between Pyongyang and Washington under the Biden administration. 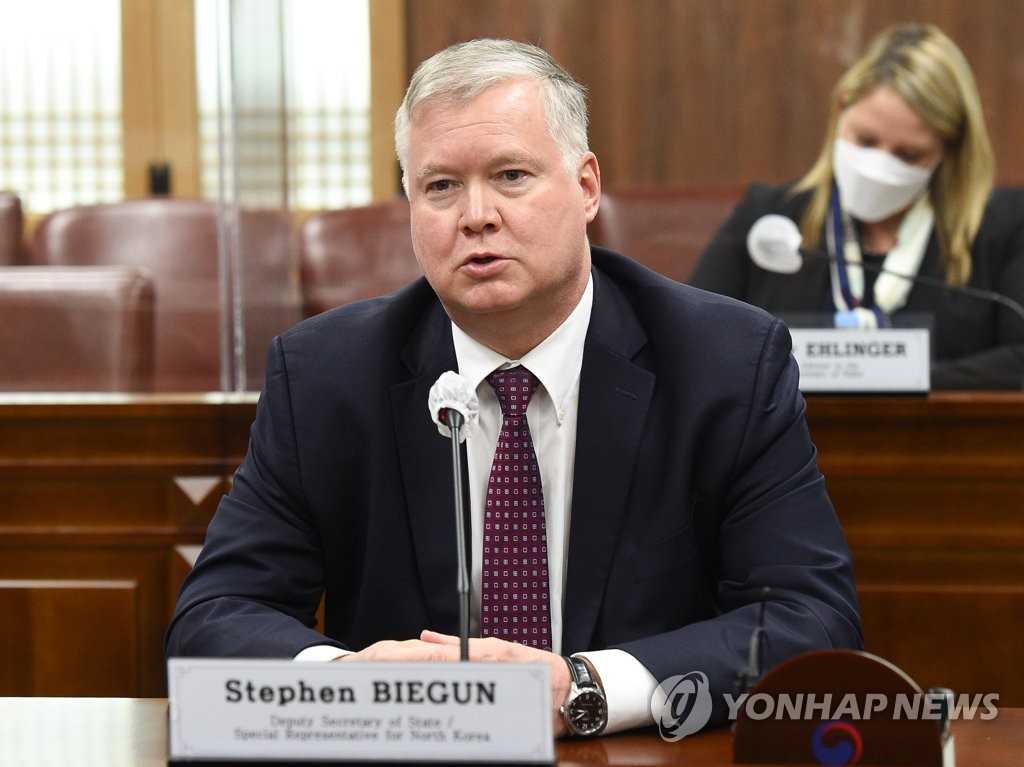