Local carriers are banking on the rivalry to spur the country's migration to the latest generation network that has recently picked up after the launch of Apple's latest smartphones in October last year.

South Korea's 5G users nearly reached 11 million in November, compared to around 9 million in September, according to government data.

The majority of local mobile users are still on the 4G network -- 53 million as of November -- accounting for 75 percent of the country's total 70 million mobile subscriptions.

To attract more 5G users, top mobile carrier SK Telecom released cheaper 5G data plans ahead of the launch of the Galaxy S21, following in the footsteps of rivals.

Samsung's new flagship models are expected to increase the country's 5G users, with Daishin Securities analyst Park Kang-ho estimating up to 32 million in global sales for the Galaxy S21 series this year, up 23 percent from last year's sales of Galaxy S20 models.

The South Korean tech giant is aggressively pushing the new flagships, with the smallest S21 model going on sale with a price tag of 999,900 won (US$910) here, making it the cheapest flagship 5G smartphone from Samsung. 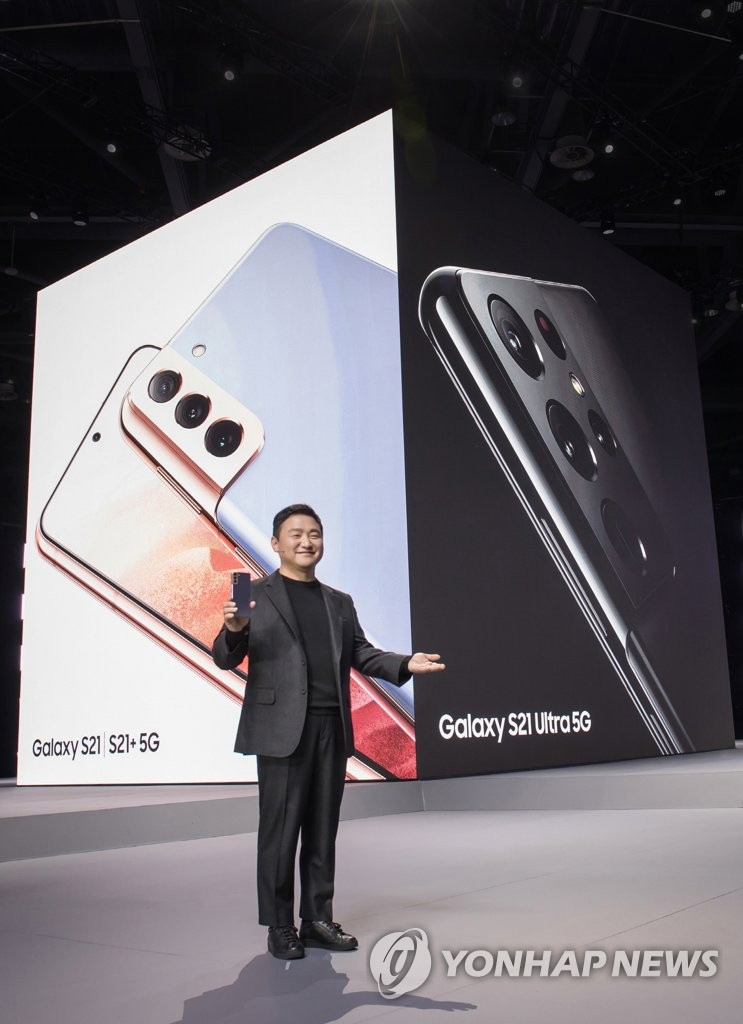