SEOUL, Jan. 16 (Yonhap) -- To Youn Yuh-jung, the 73-year-old supporting actress of "Minari," the enthusiastic response the U.S. audience has given to the simple story of a Korean immigrant family was something she had never expected.

"We had a very big applause at the Sundance. I was really shocked," the South Korean actress said during an online promotional event for the film on Wednesday (U.S. time), recalling the moment when the film won the jury and audience awards at the Sundance Film Festival in February last year. "Some people said to me that they cried."

The online conversation event immediately followed a special screening of the film hosted by its U.S. distributor to mark Korean American Day.

"Minari" is about a first-generation immigrant family from Korea. The father of the family, Jacob (Steven Yeun), leads his wife, Monica (Han Yeri), and two America-born children to Arkansas from California, dreaming of becoming a rich farmer on his own.

Youn took the role of the eccentric, live-wire grandmother, Soon-ja, who was brought to the U.S. by Jacob in order to ease his wife's discomfort. Soon-ja's arrival causes some ambivalence in the family's efforts to settle in the heartland.

It was her non-Korean film debut. The veteran actress, whose career spans more than five decades since her small screen debut in 1967, has spent most of her career only in South Korea.

It was only after she asked one of her colleagues the reason that she realized why the film has won rave reviews from the jury and moved not only Korean Americans and other ethnic minorities but also those without immigrant backgrounds.

She now understands that the movie is not just about an immigrant family in the U.S. but also about people's lifetime struggle to overcome unknown environments.

"Although you don't immigrate, you still have to go to some strange places. You will get the same feeling like immigrant people, and you have to struggle with the circumstances," she said. "There, we have the same feeling, and it's warm, the movie. It's very warming, I think." 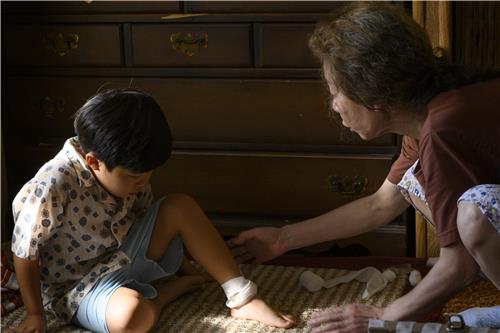 Following the successful debut at Sundance, director and writer Lee Isaac Chung's semi-autobiographical feature has been gaining critical acclaim for its soul-stirring storyline in the ongoing U.S. award season.

The movie has received a number of best picture and best screenplay awards in U.S. film critics circles and film festivals, while Youn has racked up 11 best supporting actress prizes including one from the Los Angeles Film Critics Association.

As a result, the South Korean actress has emerged as one of the biggest contenders for best supporting actress at the Oscars slated for April. If she earns a nomination in the upcoming Academy Awards, she will be the first South Korea-born actress to be nominated for acting at the world's most coveted film award ceremony. 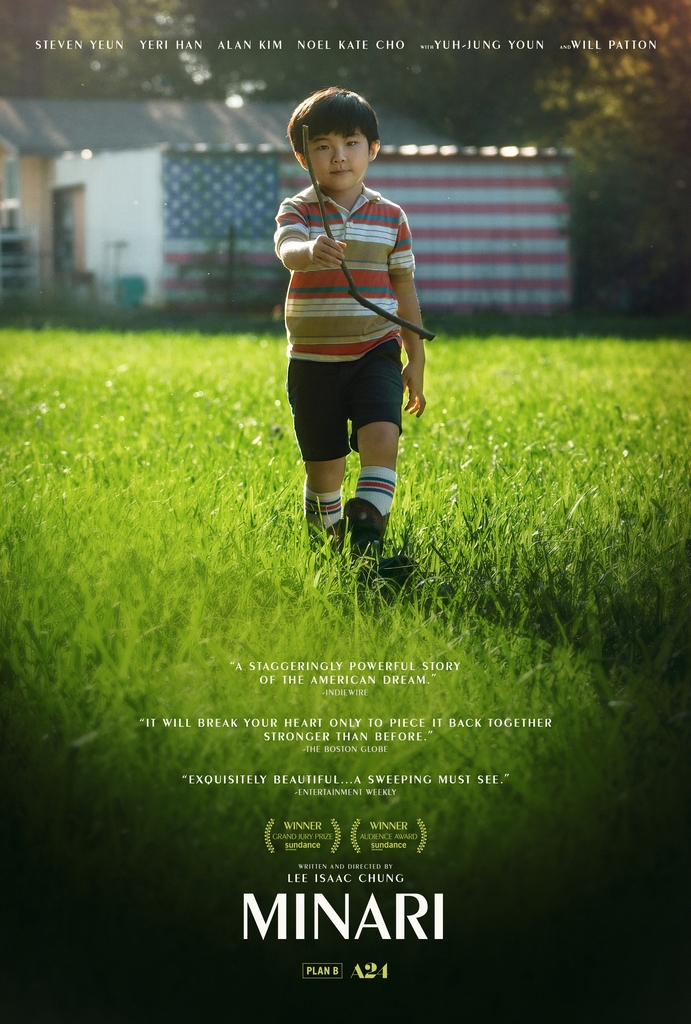