YONGIN, South Korea, Jan. 15 (Yonhap) -- Seungri, the disgraced former member of K-pop boy band BIGBANG, has been additionally indicted for allegedly mobilizing gang members to threaten people he got into a fight with at a bar.

Prosecutors on Thursday added the charge for the 31-year-old, according to the general military court under the Ground Operations Command in Yongin, about 50 kilometers southeast of Seoul.

Seungri, whose legal name is Lee Seung-hyun, was at the center of a major sex and drug scandal that roiled the country in 2019.

Last January, he was charged on eight counts, including overseas gambling, prostitution mediation and embezzlement.

The Seoul Central District Court was to try his case, but the case was transferred to the military court as the scandal-ridden celebrity joined the Army in March.

In the latest hearing, the prosecutors accused him of conspiring with his business partner Yoo In-suk, former chief of Yuri Holdings Co., to mobilize gang members after getting into a fight with another customer at a bar in southern Seoul in December 2015.

Yoo was found to have called the gang members after learning of Seungri's situation.

The singer denied the allegation and said he will later submit a statement of opinion to the court.

Last month, Yoo was sentenced to 20 months in prison, suspended for three years, by a Seoul court on charges of prostitution mediation, embezzlement and other crimes. 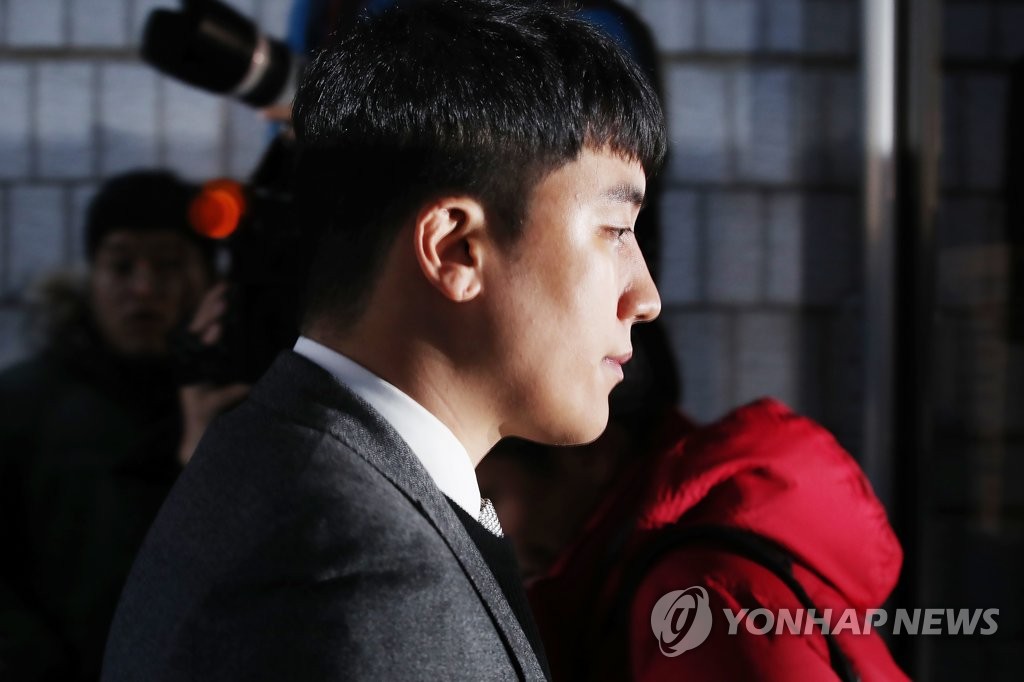