SEOUL, Jan. 15 (Yonhap) -- The race for the top position at the national Olympic committee has been marred by mudslinging, accusations and subsequent denials, with the four candidates busy taking shots at one another rather than making concrete pledges to improve sports in the country. 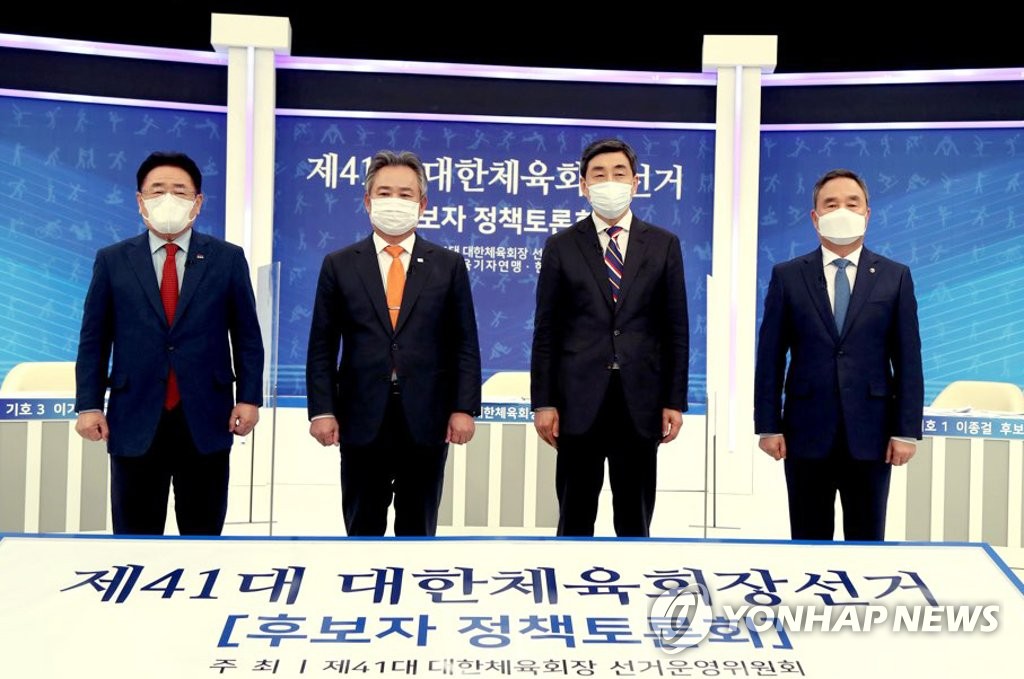 The election is Monday, with 2,170 voters -- selected from the KSOC, its member federations, provincial, municipal and other regional sports associations -- set to participate in online voting from 9 a.m. to 6 p.m.

Lee Kee-heung, who is also a member of the International Olympic Committee (IOC), has had a bull's-eye on his back since the campaign began on Dec. 30 last year.

The candidates had their first televised debate last Saturday and they touched upon a wide range of issues, such as eliminating abuse in sports, promoting sports participation among the public and ensuring more financial independence for the KSOC.

Much of that seemed to have been forgotten by Tuesday. Lee Jong-kul filed a complaint with Songpa Police in southeastern Seoul against Lee Kee-heung, accusing the current KSOC chief of embezzlement and abuse of authority. Lee Kee-heung responded by also filing a criminal complaint against his opponent on charges of spreading false information. 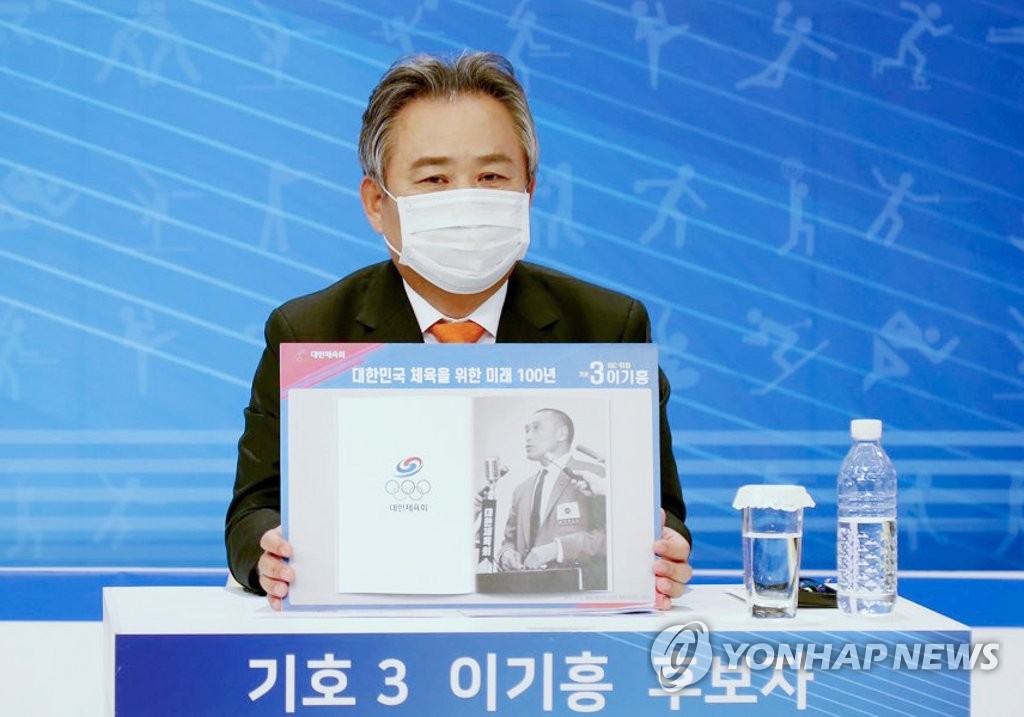 During that TV debate, Lee Jong-kul claimed that Lee Kee-heung had forced KSOC member associations to hire his lineal descendants and that the latter had illegally concealed those family members' salaries.

Lee Kee-heung, in turn, has said his rival has greatly defamed his character with wrong information.

Kang, meanwhile, has accused other candidates of attempting to force him to quit.

Things got so out of control over the weekend that the four candidates couldn't even agree to hold a second TV debate. 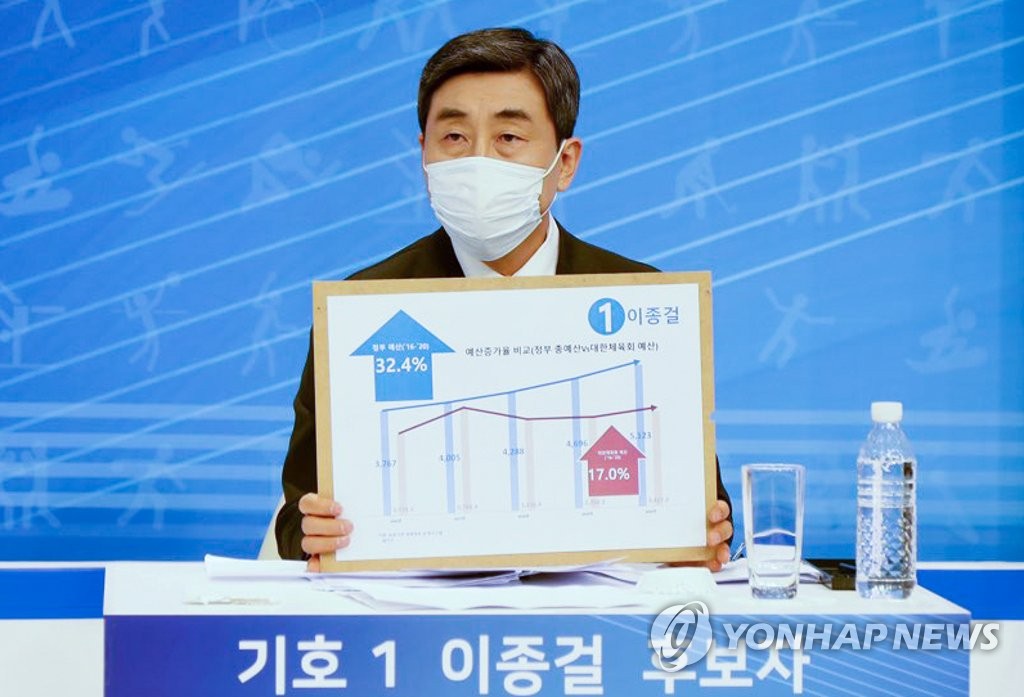 It had been scheduled for Thursday but the KSOC's election committee decided to cancel it on Monday. It said only two of the four men agreed to it, and the two others declined that opportunity. The election body needed unanimous support from all four candidates to stage the second debate.

The committee is also looking into an allegation that one of the candidates had been illegally conducting phone surveys. 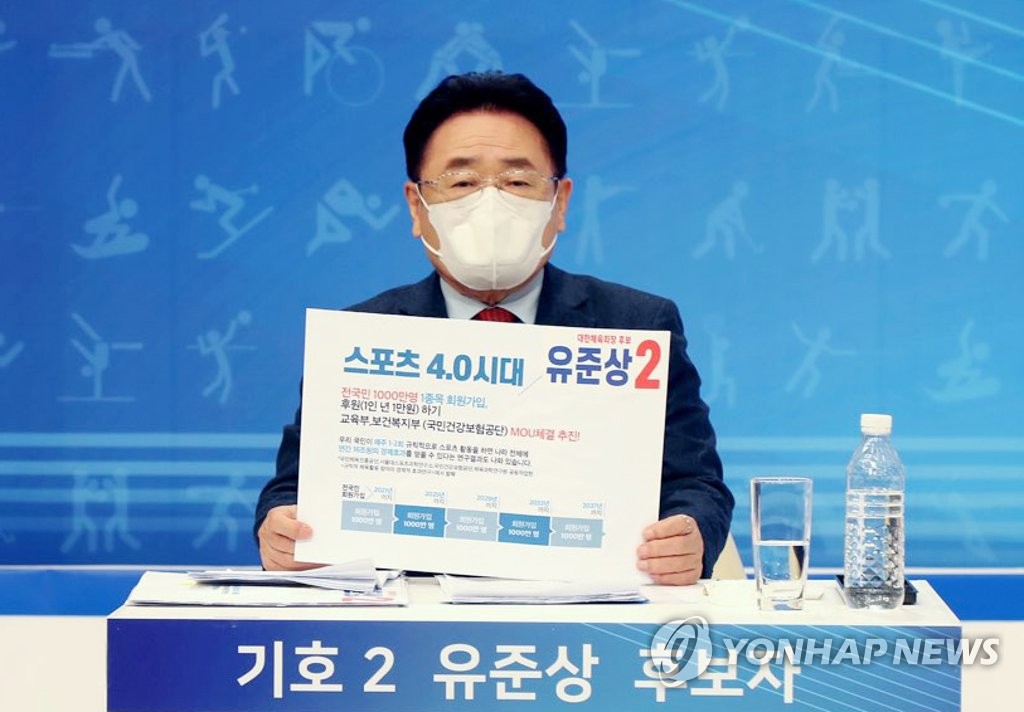 Candidates are only allowed to contact voters directly to seek support, but they can't commission a third party to run surveys on voters.

The committee said it had received an anonymous tip regarding illicit surveys, and the candidate who is found to have done so will be duly penalized. 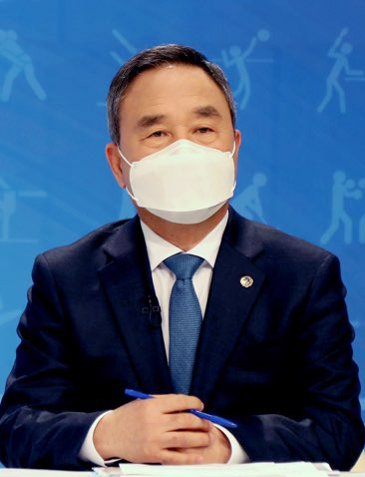