SEOUL, Jan. 15 (Yonhap) -- President Moon Jae-in will hold his New Year's press conference on Monday, which is expected to cover a range of issues, including the controversy over whether to offer pardons to two convicted former presidents.

The press conference will be held at the presidential office Cheong Wa Dae late Monday morning for a 100-minute run and broadcast live on TV, presidential spokesman Kang Min-seok said.

A total of 120 local and foreign journalists will be invited to the conference to question Moon on current issues, according to Kang.

Only 20 of them will be allowed to join the press conference in person due to the COVID-19 pandemic, while the remaining participants will be connected via a video link.

Questions from other Cheong Wa Dae correspondents will also be collected through an online chat room, he added.

In the spotlight at the upcoming event are likely to be a number of highly contentious political issues including the ongoing debate on offering pardons to former President Park Geun-hye and her immediate predecessor Lee Myung-bak, both in jail on corruption and influence-peddling charges.

While opposition lawmakers and some insiders of the ruling Democratic Party, including party chief Rep. Lee Nak-yon, raised the need to give pardons to the two aged former presidents, Moon has kept a distance from the sensitive political issue.

His office has also declined to comment on the issue. "It would be inappropriate to discuss pardons immediately after the Supreme Court ruling was made," Kang said Thursday after the top court upheld a 20-year prison term for Park, ending a corruption scandal that had gripped the country for years. Lee was put behind bars in early November after the top court upheld his 17-year prison sentence for embezzlement and bribery.

A controversy over skyrocketing housing prices, seen as a major cause of Moon's falling approval ratings, will also likely dominate the press conference.

In his New Year's address earlier this week, Moon apologized for the overheated real-estate market and vowed to increase housing supply.

Other major issues likely to come up during the conference include the government's response to the COVID-19 pandemic and ways for the economy to recover from the coronavirus, as well as diplomatic issues on how to improve South Korea's fractured ties with North Korea and Japan. 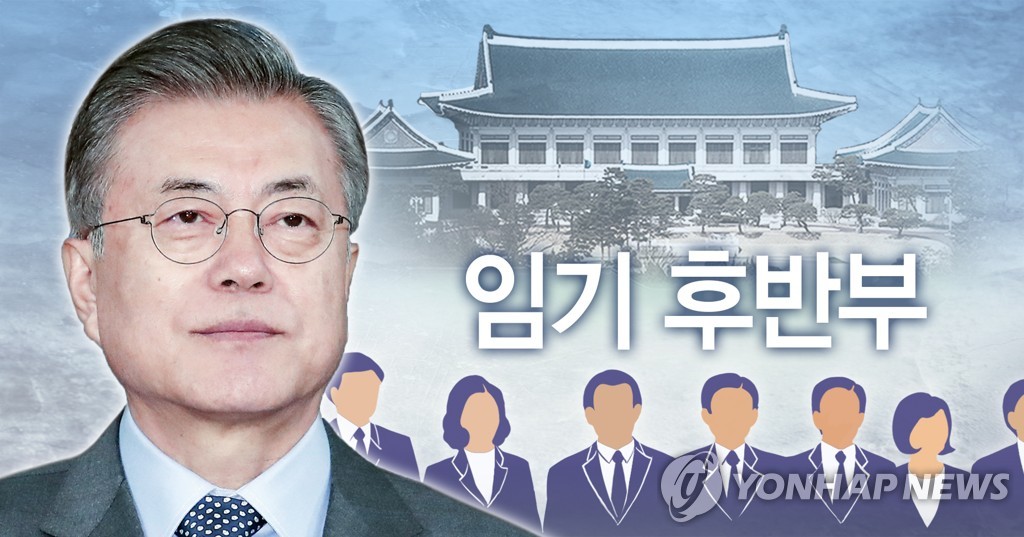