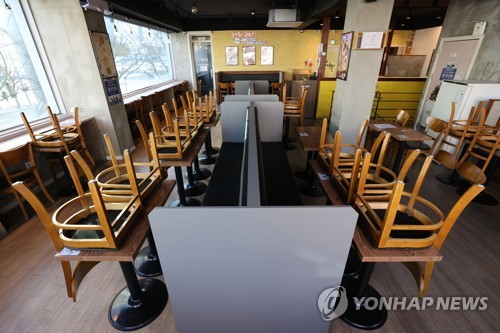 In this file photo, chairs are turned upside down on tables at a cafe in southern Seoul on Jan. 6, 2021, amid the government's COVID-19 restrictions on dining in at coffee shops. (Yonhap) 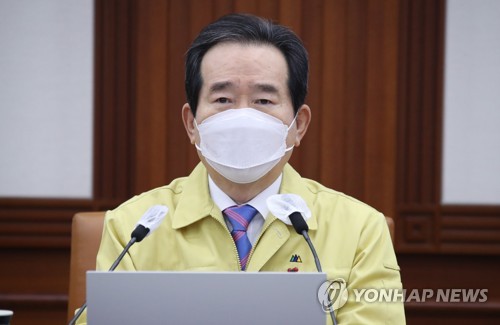 Prime Minister Chung Sye-kyun speaks during a meeting of the Central Disaster and Safety Countermeasure Headquarters at the government complex in Seoul on Jan. 16, 2021. (Yonhap)

Indoor gyms, cram schools and karaoke establishments will be allowed to reopen on the condition that they strictly adhere to antivirus measures, including a maximum capacity of one person per 8 square meters and a closing time of 9 p.m.

Chung also noted that the Lunar New Year holidays are about a month away and called on people to refrain from traveling and minimize in-person contact to protect the health and safety of "our parents at home."