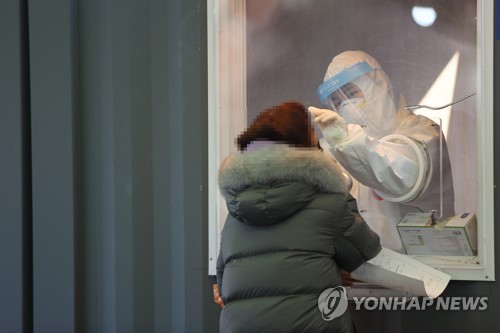 A medical worker collects a specimen from a woman at a temporary COVID-19 screening station set up in front of Seoul Station on Jan. 16, 2020. (Yonhap) 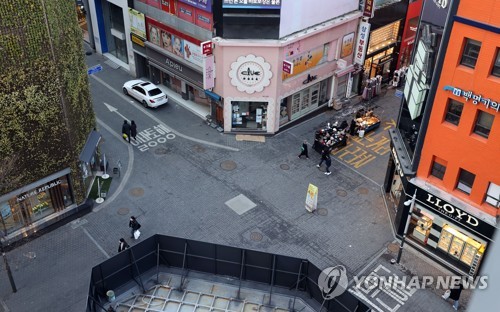 Few people are seen in Myeongdong, a popular retail area in downtown Seoul, on Jan. 16, 2021, as the government adopted tough virus curbs against COVID-19. (Yonhap)