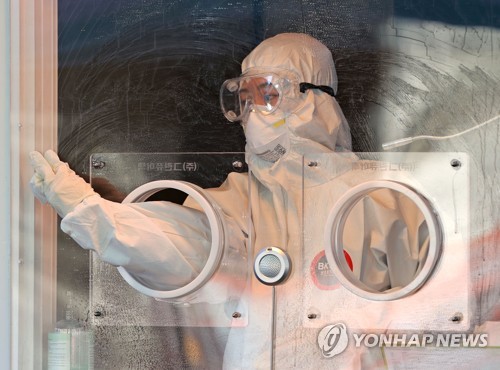 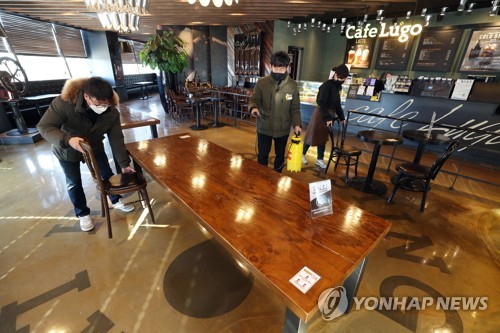 "The government will closely monitor the situations in the next two weeks," Chung said during a COVID-19 response meeting. "We will consider additional adjustment of antivirus measures if needed."

Health officials said the third wave of the pandemic has been trending downward, driven by reduced infections in multi-use facilities under tight distancing guidelines, but remained wary of group infections in high-risk groups, including nursing homes and hospitals.

"There is also risk of virus resurgence at any time," Sohn Young-rae, a senior health official, said. "We can allow more businesses to open only after group infections do not occur in multi-use facilities that resume operation this time." 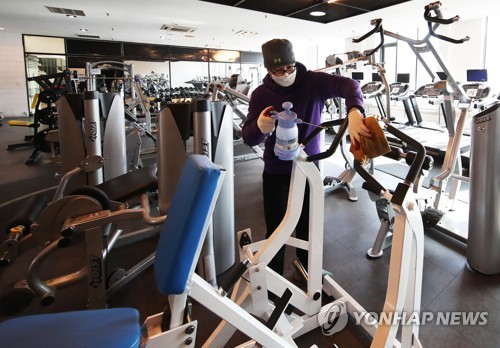 An employee at a gym in Yongin, south of Seoul, disinfects fitness equipment on Jan. 17, 2021, to prepare for opening as the government eases restrictions on indoor sports facilities. (Yonhap)