SEOUL, Jan. 18 (Yonhap) -- Two U.S. Department of Defense (DoD) employees linked to a U.S. Army base in Seoul and the spouse of another American official have tested positive for the new coronavirus, U.S. Forces Korea (USFK) said Monday.

The civilians who work at the Yongsan base were confirmed to have contracted the virus over the weekend following their direct contact with someone who recently tested positive, according to the U.S. military.

The spouse of another DoD employee who tested positive earlier was also confirmed to be infected Sunday. The person has access to the Yongsan base, it said.

The newly confirmed patients, who all reside in Seoul, are either in isolation at a facility designated for COVID-19 patients at Camp Humphreys in Pyeongtaek, 70 kilometers south of the capital, or at their off-installation residences awaiting transportation to the facility.

USFK said contact tracing is under way to determine whether anyone else may have been exposed to these individuals and to ensure all known on-post and off-post facilities that they visited are thoroughly disinfected.

Amid a series of infections reported at the Yongsan base, the U.S. military ordered service members based at the garrison and Camp Humphreys to stay at home except for necessary activities until Tuesday.

The total number of infections reported among the USFK population rose to 604. 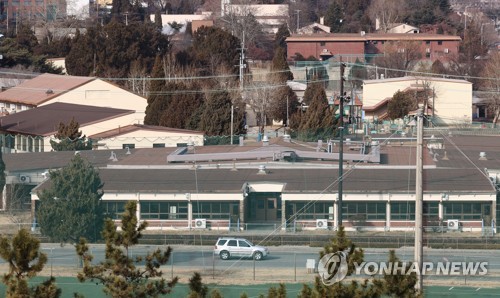