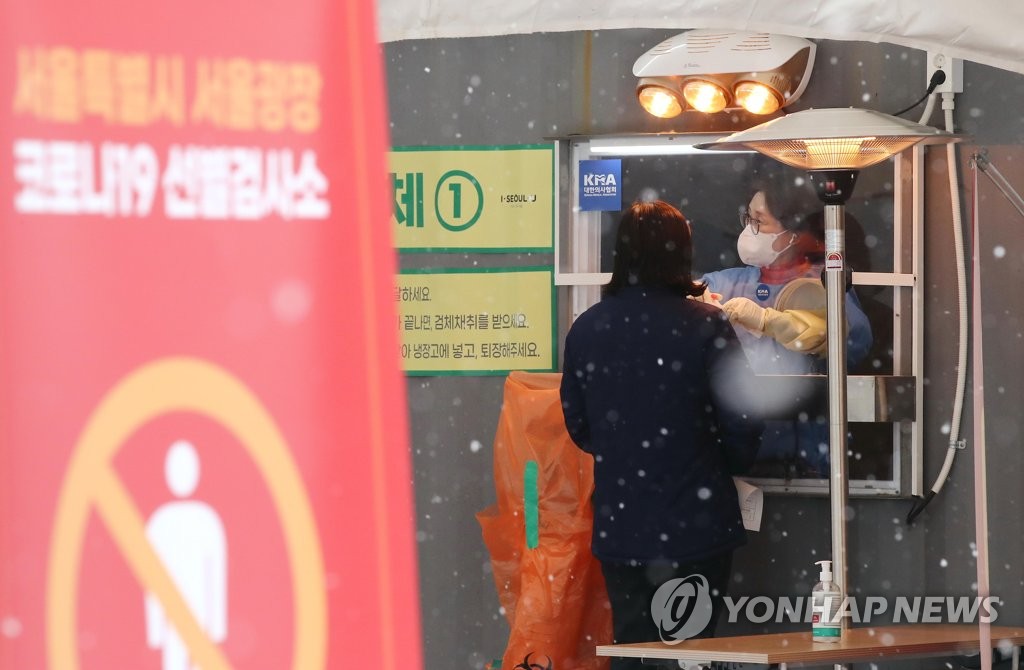 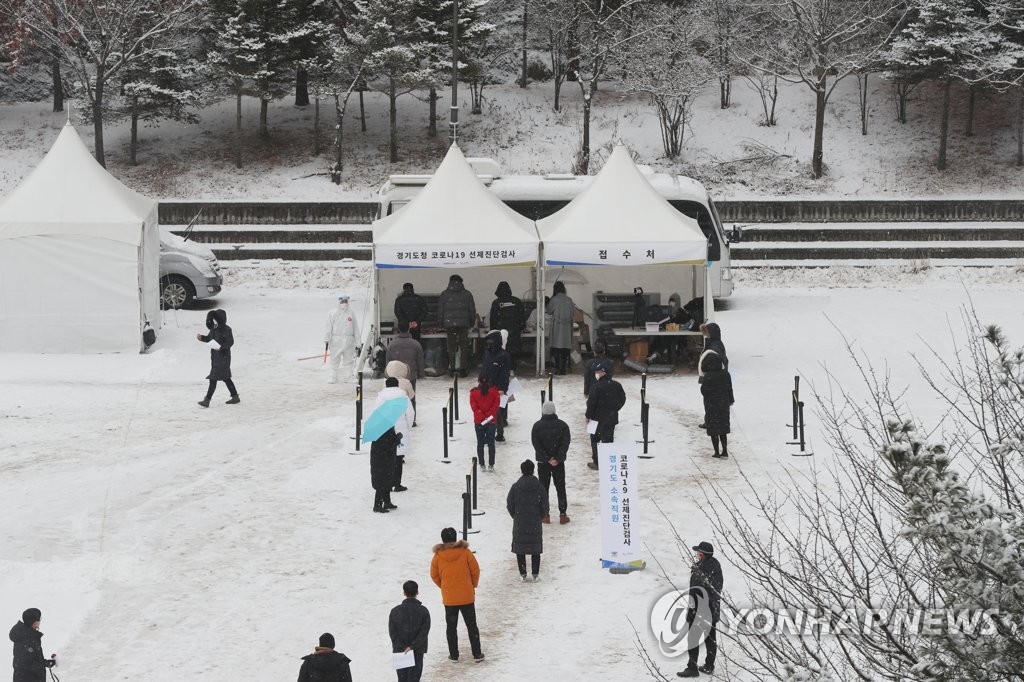 Later in the day, health authorities and local governments said 303 new cases were confirmed from 12 a.m. to 6 p.m. Monday, down from 331 posted over the same period on the previous day. The newly added infections will be reflected on the daily figure to be released early Tuesday.

The greater Seoul area accounted for 72 percent, with the capital city finding 92 new patients, down from 121 from a day earlier. The decrease apparently followed fewer tests carried out over the weekend. 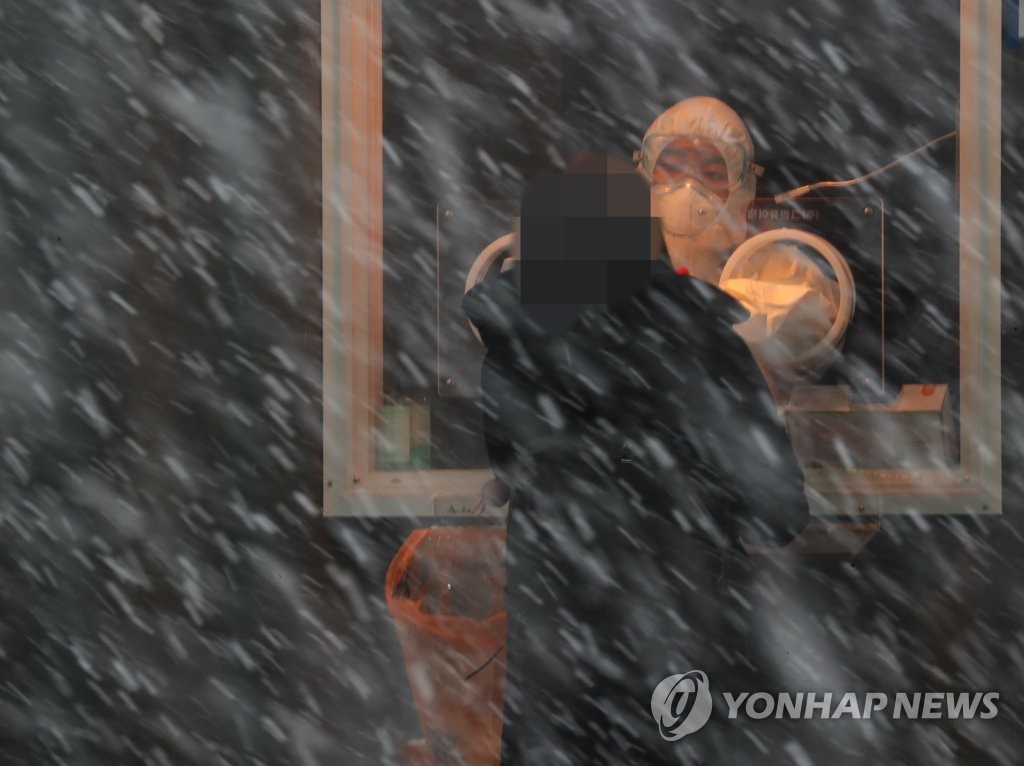