SEOUL, Jan. 18 (Yonhap) -- South Korea has moved its anti-piracy naval unit operating near the Strait of Hormuz away from the waterway to foster a positive mood ahead of negotiations with Iran over a seized oil tanker and its sailors, a diplomatic source said Monday.

The retreat of the Cheonghae Unit came before the South Korean delegation, led by First Vice Foreign Minister Choi Jong-kun, arrived in Tehran on Jan. 10 for talks with senior Iranian officials over the seizure and other issues.

Iran's Islamic Revolution Guards Corps seized the MT Hankuk Chemi over environmental pollution allegations on Jan. 4. The ship, which was traveling from Saudi Arabia to the United Arab Emirates, was carrying 20 crew members, including five Koreans.

"To create a good atmosphere for the negotiations, the Cheonghae Unit, to which Iran has responded sensitively, was taken away (from the strait)," the source said. "It was a decision to send a friendly signal to Iran ahead of the negotiations."

"We ask for your understanding, as we cannot confirm anything about the operations of the Cheonghae Unit," he said on condition of anonymity.

Shortly after the seizure, South Korea sent the 4,400-ton Choi Young destroyer of the naval unit to the waters near the Strait of Hormuz. Iranian Ambassador Saeed Badamchi Shabestari is said to have expressed to Seoul his displeasure over the deployment.

Last week's talks to secure the release of the seized vessel ended with little progress, as Tehran claimed the seizure is entirely a "technical issue" subject to its legal and judicial regulations, despite Seoul's pursuit of a diplomatic solution.

Speculation has persisted that the seizure could be linked to Iran's anger over its US$7 billion frozen in South Korea under U.S. sanctions. Iran has been calling for access to the frozen assets to help fight the COVID-19 pandemic.

Observers said the prospects for the early release of the ship and sailors remain murky as Iran's adherence to the judicial process has left little room for a diplomatic solution.

A foreign ministry official in Seoul confirmed Monday that Tehran made a request to use part of its frozen funds to pay off its U.N. membership fees in arrears. Iran said it made the suggestion to Seoul about the money it owes, according to the Islamic Republic News Agency (IRNA).

"It is true that (the method) has been desired by the Iranian side. We are in consultations with related government agencies of ours and the U.N. side to see what options we have," the official said on condition of anonymity, without elaborating further. 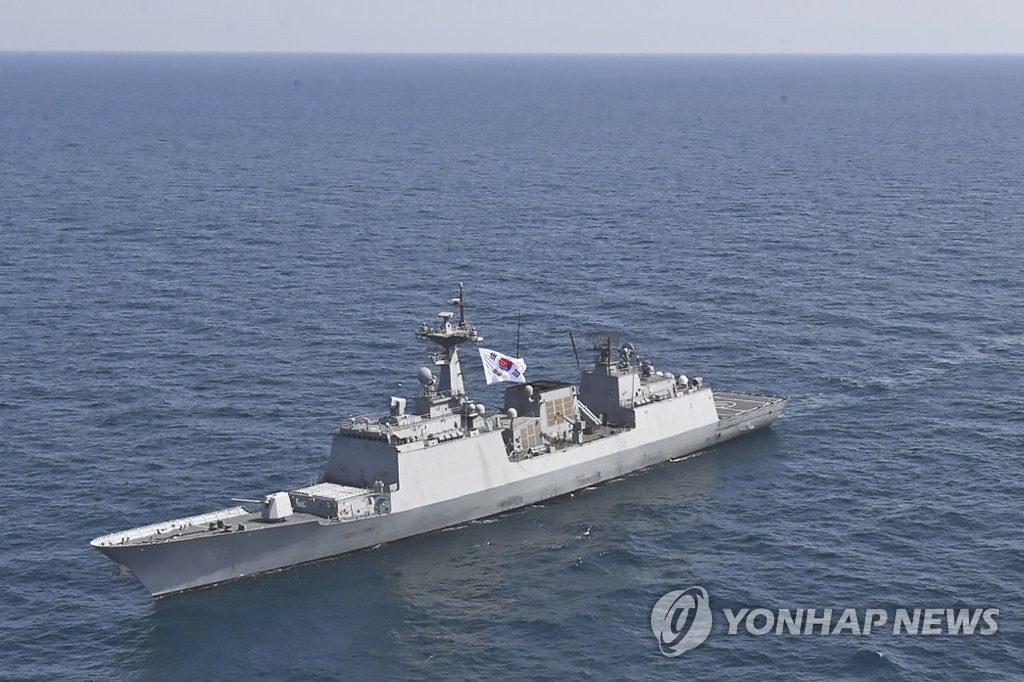