SEOUL, Jan. 18 (Yonhap) -- South Korea's exports of information and communication technology (ICT) products rose 3.8 percent in 2020 from a year earlier on the back of robust overseas demand for semiconductors and computer parts amid the pandemic, data showed Monday.

Outbound ICT shipments reached US$183.6 billion last year -- the third-highest amount ever -- compared with $176.9 billion in 2019, according to the data compiled by the Ministry of Science and ICT.

Despite a decline in ICT exports in the first half of 2020 due to the pandemic-induced global trade slump, the ministry said the country logged seven consecutive months of on-year growth through December.

Imports of such goods rose 3.9 percent on-year to $112.6 billion, resulting in a trade surplus of $71 billion last year. 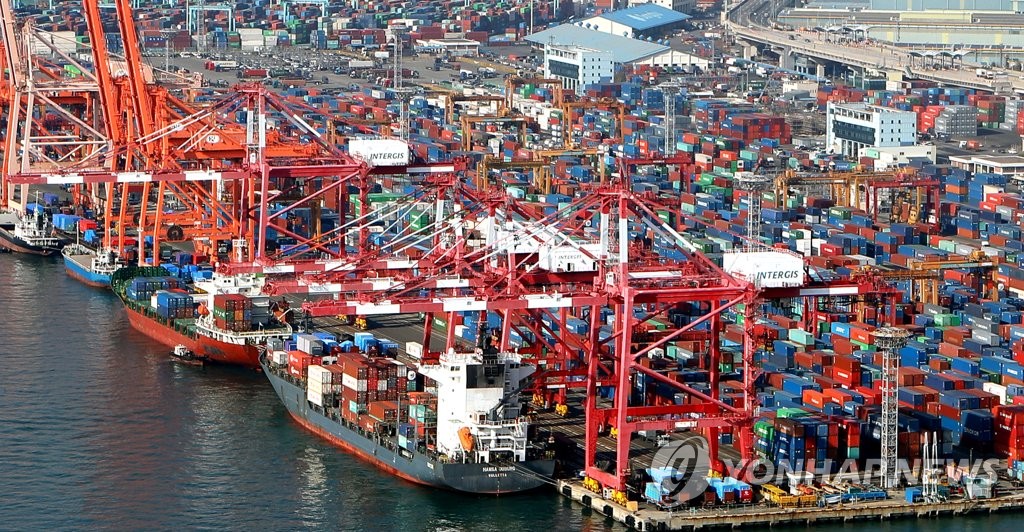 By segment, semiconductor exports rose 5.4 percent to $100.3 billion, with those of memory chips adding 1.5 percent to $63.9 billion. Outbound shipments of logic chips jumped 17.8 percent to $30.3 billion over the same period.

Exports of computers and related parts soared 53.1 percent to $13.9 billion on the back of strong demand for solid-state drives, which reached a record $10.1 billion, doubling from the previous year.

Outbound shipments of mobile phones and parts, however, fell 6 percent to $11.3 billion, while exports of displays dropped 5.1 percent on-year to $20.7 billion due to the fallout from the pandemic.

By destination, exports to China, the country's top trading partner, edged up 0.1 percent to $86.9 billion, led mostly by chips and mobile devices.

Those to Vietnam jumped 9.6 percent to $29.8 billion on robust demand for displays.

Shipments to the United States soared 20.4 percent to $22.1 billion, thanks to semiconductor and computer parts demand.

The ministry said it expects ICT exports to improve this year on the back of global economic recovery from the pandemic and increased demand for semiconductors.