SEOUL, Jan. 18 (Yonhap) -- Samsung Group is once again facing turmoil as its de facto chief, Lee Jae-yong, was again imprisoned in a bribery case, sparking worries that uncertainties may further increase over business and investment plans by the global tech behemoth in the post-pandemic era.

A Seoul court on Monday sentenced Samsung heir Lee to 2 1/2 years in prison in a retrial of a bribery case involving former President Park Geun-hye and ordered him returned to prison.

The Seoul High Court gave Lee, vice chairman of Samsung Electronics Co., the prison term for bribing Park and her longtime friend, Choi Soon-sil, to win government support for a smooth father-to-son transfer of managerial power at Samsung, the country's top conglomerate. Park was later impeached and ousted from the presidency for corruption and abuse of power.

He was sentenced to five years in prison but was freed in 2018 after the Seoul High Court reduced the sentence to 2 1/2 years, suspended for four years.

The Supreme Court, however, in 2019 overturned the previous court ruling and sent it back to the Seoul High Court for review.

Samsung has been thrown into full emergency mode as Lee's signature drive, "New Samsung," may fall apart amid its efforts to overcome uncertainties caused by the novel coronavirus pandemic. 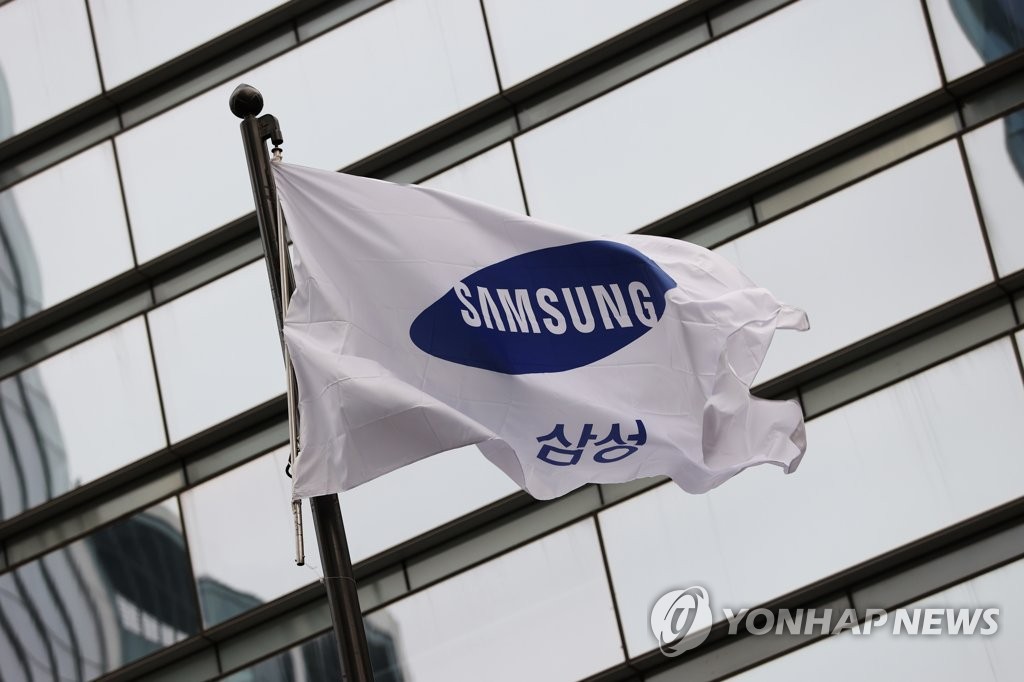 Industry observers said Lee's absence is likely to delay or stop Samsung's key business decisions, such as merger and acquisition (M&A) deals, as foreign rivals prepare for new opportunities in the post-pandemic era.

Lee's incarceration comes at a time when the group's crown jewel, Samsung Electronics Co., the world's largest memory chip and smartphone maker, is facing challenges from its rivals.

SK hynix Inc., the No. 2 player in the memory sector, recently announced a deal to acquire Intel Corp.'s NAND business to catch up to Samsung Electronics.

In the smartphone business, Apple Inc. has been sharply increasing sales of its first 5G smartphone, the iPhone 12, to dethrone its South Korean competitor.

According to market researcher Strategy Analytics, Samsung Electronics had a market share of 19.5 percent in terms of smartphone shipments last year, which was the first time since 2011 that its market share dropped below 20 percent.

For the whole of 2020, Samsung Electronics forecast upbeat earnings, estimating its operating profit to reach 35.95 trillion won (US$32.5 billion), up 29.4 percent from a year earlier, with its sales to climb 2.54 percent on-year to 236.26 trillion won. 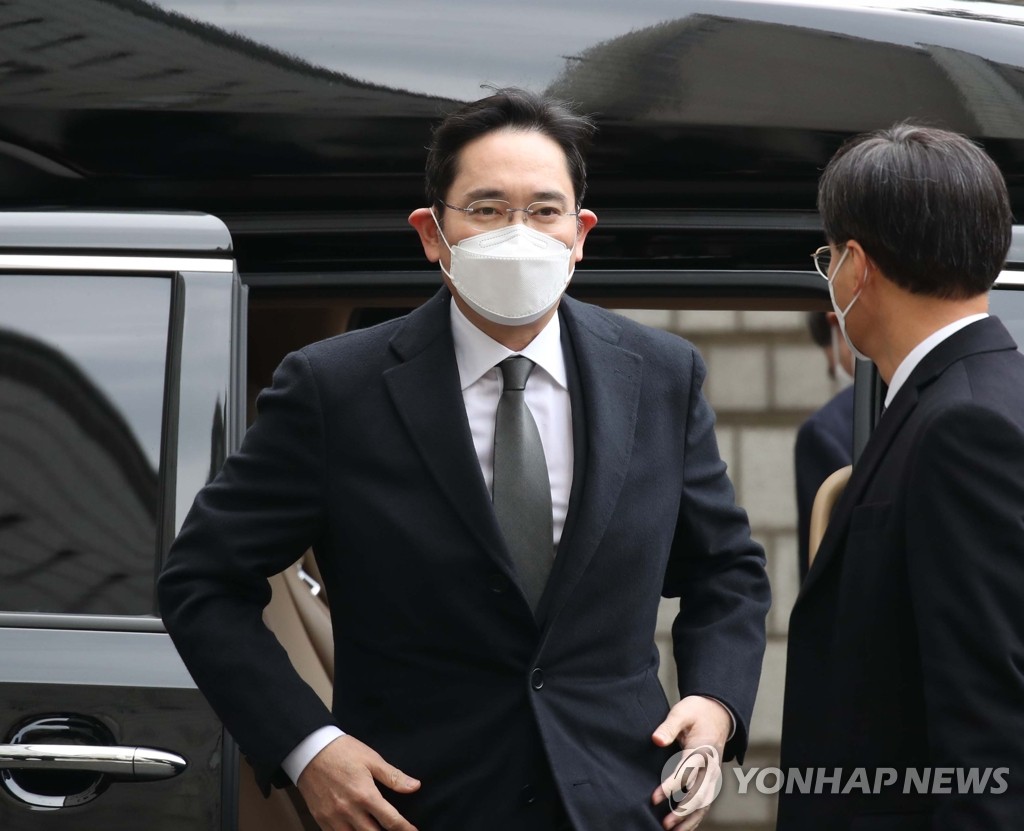 In April 2019, Samsung Electronics unveiled a vision to become the world's No. 1 logic chipmaker by 2030 by investing 133 trillion won and bolstering its competitiveness in the system LSI and foundry businesses.

"CEOs will handle Samsung's businesses, but when it comes to big business decisions, which requires managerial responsibility for failure, it is eventually up to the group chief," an executive at a local conglomerate said on condition of anonymity. "It will not be easy for Samsung to decide massive investment and M&A deals."

Lee's incarceration will be also a big blow for Samsung's efforts to revamp its public image tarnished by political ties and unlawful and unethical practices with enhanced corporate culture under the new leadership.

Last year, Samsung launched an independent compliance committee to better improve its compliance culture, seeking to prevent and wipe out any illicit or unethical activities.

It was followed by Lee's rare press conference in May 2020 at which he vowed not to pass on managerial power to his children and apologized over controversies surrounding his succession.

He also promised to scrap the group's "no labor union" policy and actively speak with civil society to boost communication with others. 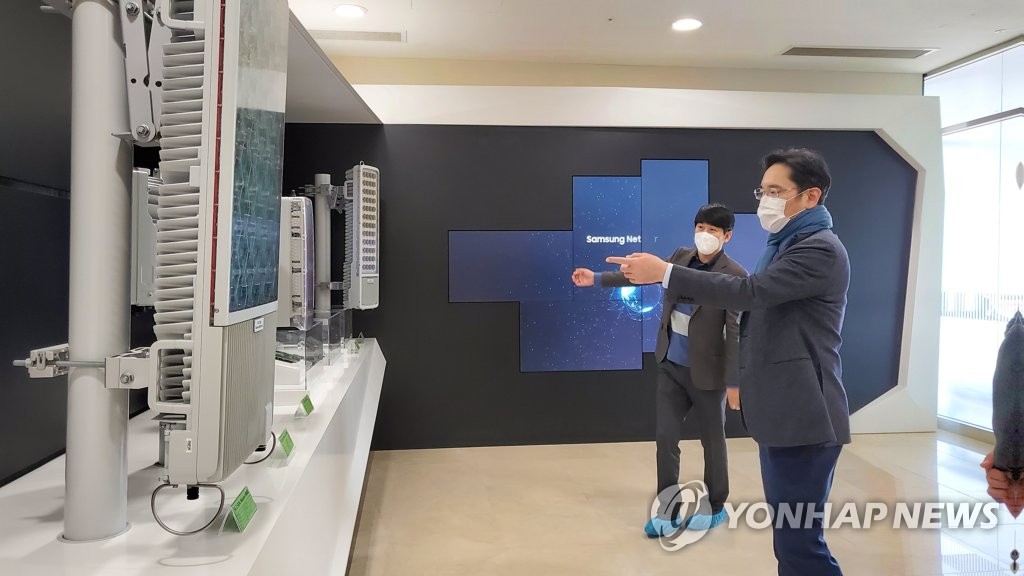 For Lee, reimprisonment may signal disruption for his smooth succession to take control of the group following the death of his father, Kun-hee, in October 2020.

Samsung heirs are estimated to pay around 11 trillion won in inheritance taxes for the late chief's stock assets worth around 19 trillion won. It will be difficult for Lee to check and handle his succession scheme behind bars.

In particular, the latest court decision is likely to negatively impact the ruling against Lee in a separate legal battle over his succession issue.

In September 2020, prosecutors indicted Lee over his alleged involvement in the merger of two Samsung affiliates -- Samsung C&T Corp. and Cheil Industries Inc. -- in 2015 and fraudulent accounting of a pharmaceutical unit.