SEOUL, Jan. 18 (Yonhap) -- Samsung heir Lee Jae-yong was sentenced to 2 1/2 years in prison on Monday, in a retrial of a bribery case involving former President Park Geun-hye. He was put behind bars again less than three years after he was allowed to walk free.

"He actively and readily offered bribes to Park upon her demand for them, and engaged in improper activities in soliciting, although implicitly, Park's support in the transfer of managerial power (at Samsung)," the court said in the verdict.

Park was later impeached and ousted from the presidency for corruption and abuse of power. Last week, the top court upheld a 20-year prison term for Park on bribery and power abuse charges. Choi was sentenced to 18 years in prison on charges including abuse of power, coercion and bribery in June.

The appeals court said Samsung's compliance committee is not seen as effective enough to be considered one of the sentencing factors favorable to Lee.

The conglomerate launched the committee in February to monitor the company's compliance with laws and ethics, after the same court ordered Lee in October 2019 to devise measures for preventing ethical lapses at Samsung.

The committee seemed to have limited and somewhat vague authority to clean up potential corporate wrongdoing, the court said.

On the prison term of less than three years, which was far lower than the nine years sought by prosecutors, the court said it took into consideration Lee's situation where he might have found it very hard to reject demands for bribes from the president.

Upon hearing the verdict, Lee stared forward blankly for a while. When the judges left the courtroom, he flopped onto a chair and talked with his lawyers. He was taken into custody at court, less than three years after he was released on a suspended sentence. 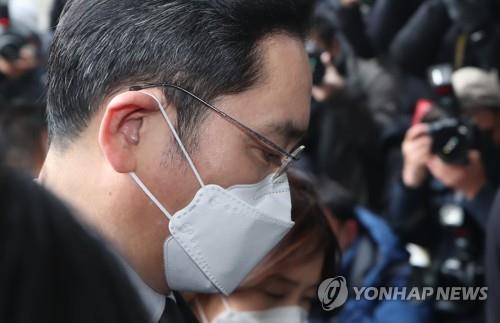 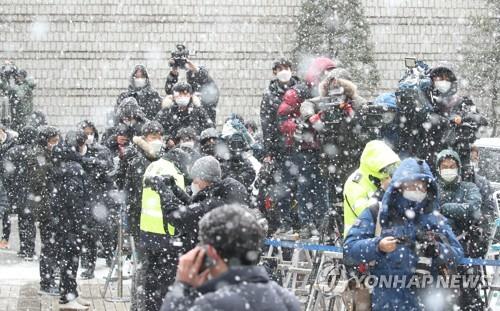 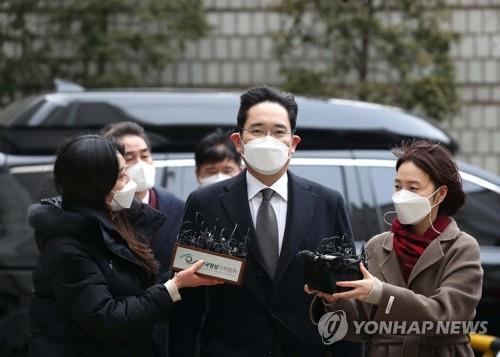