SEOUL, Jan. 18 (Yonhap) -- Cafes and gyms in the capital area resumed normal business on Monday after the government partially eased COVID-19 restrictions in a move met with both delight and skepticism.

The new guidelines, which will be in effect for two weeks until Jan. 31, allow coffee shops to offer dining in until 9 p.m., in addition to takeout and delivery. For nearly two months, cafes could not accept dine-in customers, although restaurants could.

Gyms are now permitted to reopen at a maximum capacity of one person per eight square meters and must keep their shower facilities closed. 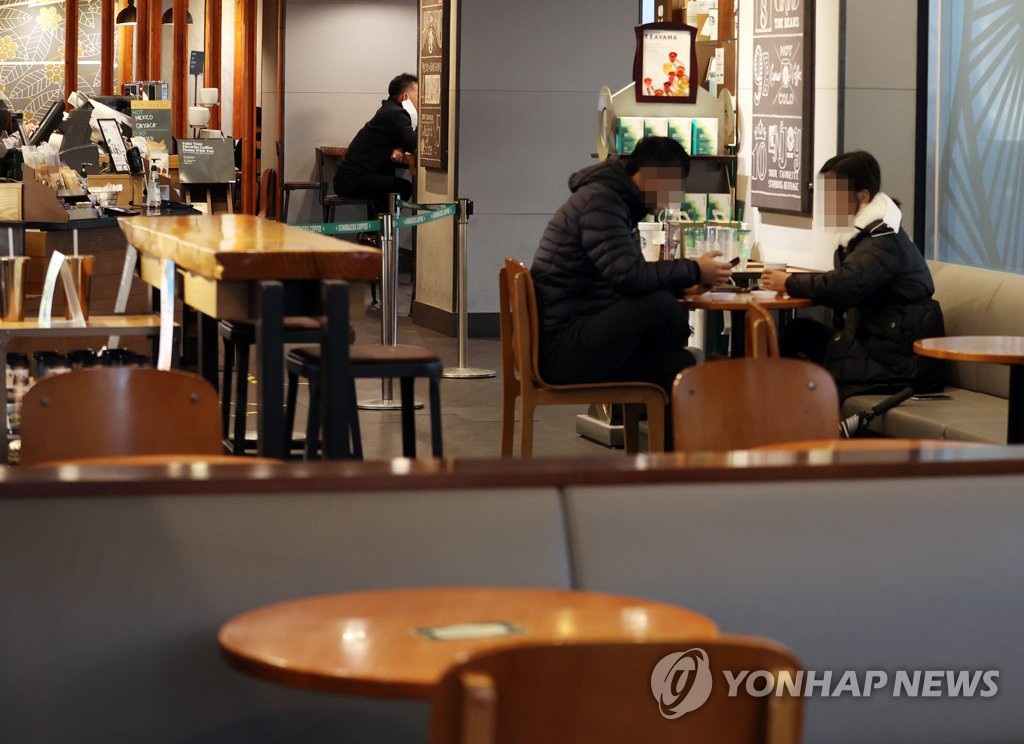 "I often came to coffee shops to work and it was frustrating that I couldn't sit inside," a 33-year-old freelance worker surnamed Moon said at a cafe near Sinchon Station. "I was so excited at the thought of coming out to a cafe that I couldn't sleep and arrived in time for the shop's opening."

Another customer, a 52-year-old man surnamed Kim, said he was relieved he could wait inside a cafe before his doctor's appointment because he had thought about otherwise checking into a motel.

Cafe owners expressed hope that the full reopening of their shops will lead to increased sales, even though they are still required to limit capacity and follow a nationwide ban on gatherings of five or more people.

"It wasn't easy getting the restrictions relaxed, so I plan to strictly follow the antivirus measures and prevent an outbreak inside cafes," said a coffee shop owner in Suwon, just south of Seoul.

In nearby Yongin, however, another cafe owner said he planned to continue serving takeout only because the cost of heating and staffing from reopening the premises will likely outweigh any additional income.

Hundreds of cafe owners filed a class-action lawsuit against the government last week, seeking 1.8 billion won (US$1.64 million) in damages for losses caused by the restrictions.

"We opened at 6 a.m. today and there were seven members already waiting to come in," a fitness coach at a gym in western Seoul said.

Others complained that the ban on shower facilities will discourage customers from coming, especially as many of them exercise before going to work in the morning.

"I don't have high expectations about resuming business," one gym owner in southern Seoul said. 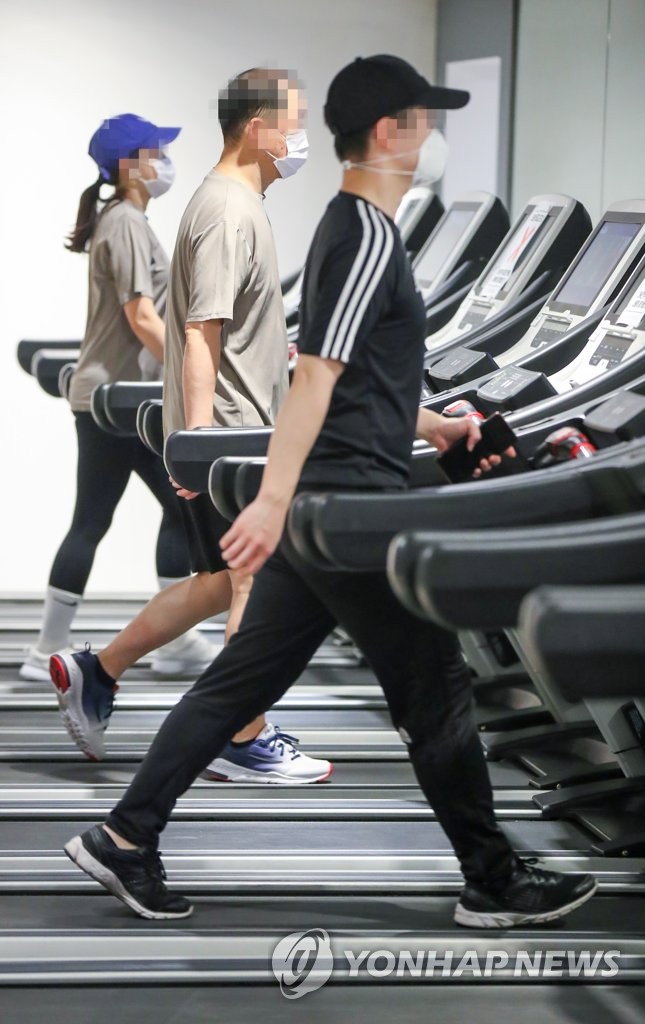