WASHINGTON, Jan. 18 (Yonhap) -- Joe Biden is set to be inaugurated as the next U.S. president this week in probably a never-before-seen ceremony that will highlight the dangers from the worst pandemic and a political divide facing the United States.

Biden will be sworn in as the 46th president of the U.S. on Wednesday.

As is customary, the inauguration ceremony will be held at around noon on the steps of the U.S. Capitol, administered by the chief justice of the U.S. Supreme Court.

The ceremony, however, will be different from any others held before in many ways.

First, it will be a scaled-down, virtual event that will involve a minimum number of participants, with little or no spectators. 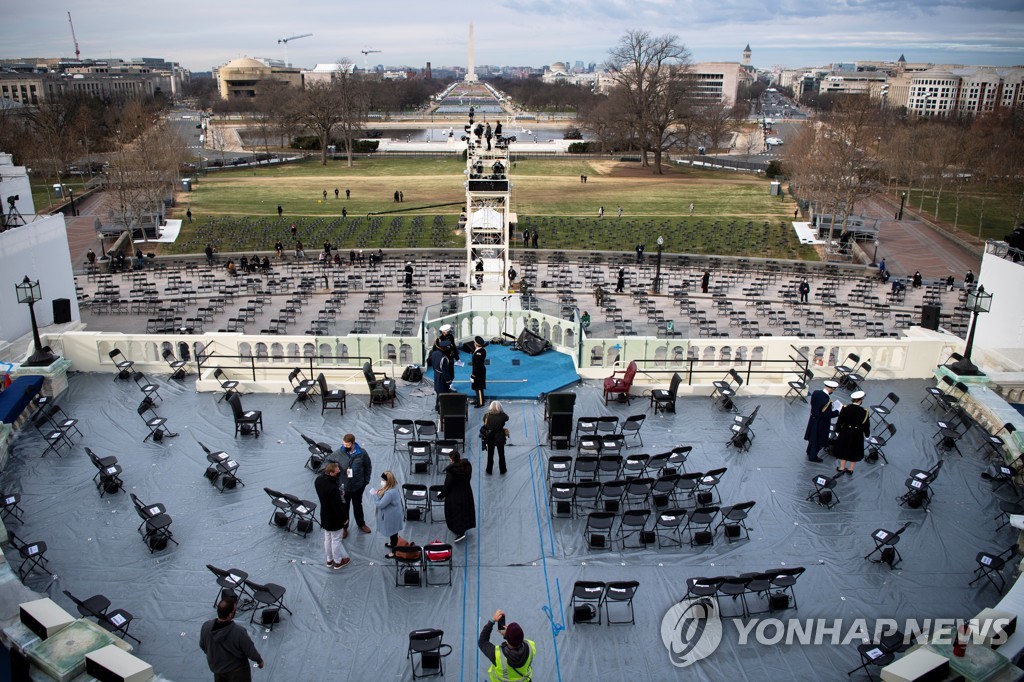 Part of the reason for the historic event to go virtual is the COVID-19 pandemic, which has claimed over 400,000 American lives so far.

Another reason, and possibly a bigger one, comes from the insurrection at the Capitol on Jan. 6, the day the Congress was set to certify the winner of the Nov. 3 presidential election.

Areas near the White House and the Capitol have since been locked down and will likely be so until after the inauguration, which usually draws hundreds of thousands of spectators.

Ceremony organizers have said the traditional parade that follows the inauguration of a new president will also be held virtually this year.

Making the ceremony different from previous ones while also highlighting the political divide in the United States, Trump said he will not attend Biden's swearing-in ceremony, becoming the first sitting U.S. president in over 200 years to boycott an inauguration ceremony.

Trump promised a smooth transition of power but only after the U.S. Congress certified the election outcome in the early hours of Jan. 7, after hours of delay caused by the unprecedented insurrection the previous day.

Trump continues to deny his election defeat, claiming his victory has been stolen.

He was impeached last week by the House of Representatives for inciting the Jan. 6 riot, with the Senate expected to begin its own impeachment process this week.

While Trump's impeachment trial may reflect the wide political divide that still exists after the Nov. 3 election, Biden is expected to focus on unity in his inaugural address.

Prior to the election, the former vice president had promised to build America back better but has since stressed the need to build a more or "better united" U.S.

While Biden is expected to bring significant changes in nearly every aspect, including how the U.S. deals with its allies, simply by giving up Trump's "America First" policy, his early top executive days will likely be spent on domestic issues.

He has named four most urgent issues he will address as president -- the pandemic, economic crisis, racial justice and climate change. 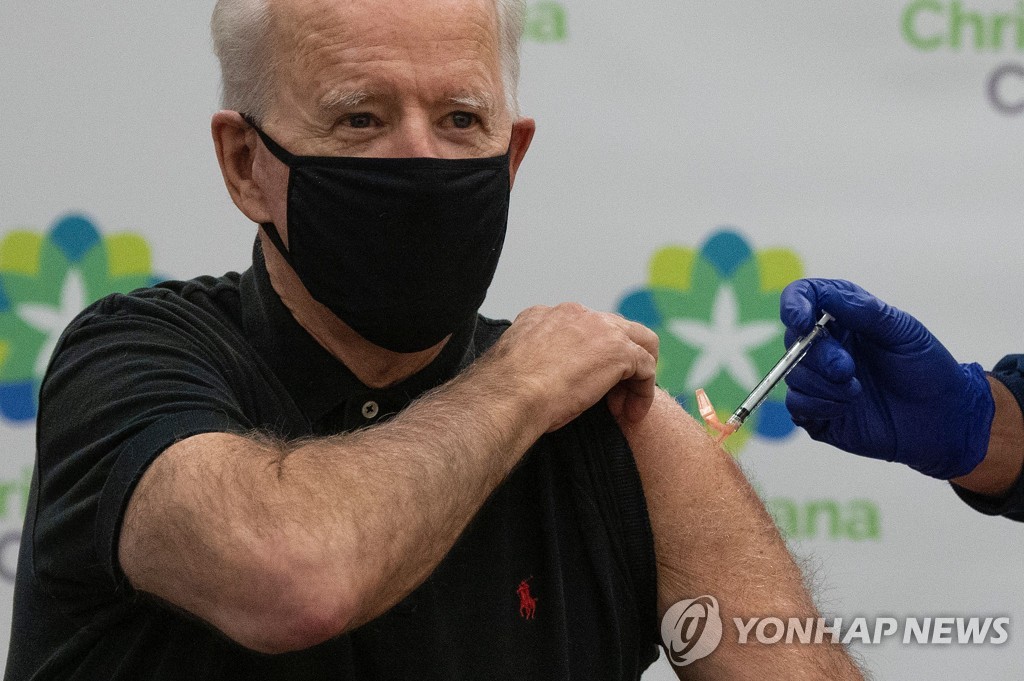 Still, Biden has tapped former Assistant Secretary of State Kurt Campbell to work as a new "coordinator for the Indo-Pacific" at the National Security Council, reflecting his emphasis on the region and U.S. allies there.

Biden has underlined the importance of working with U.S. allies, such as South Korea, in dealing with nuclear-armed North Korea and growing competition from China.

"I'll stand with South Korea, strengthening our alliance to safeguard peace in East Asia and beyond, rather than extorting Seoul with reckless threats to remove our troops," he said earlier in a special opinion piece contributed exclusively to Yonhap News Agency.

"I'll engage in principled diplomacy and keep pressing toward a denuclearized North Korea and a unified Korean Peninsula, while working to reunite Korean Americans separated from loved ones in North Korea for decades," Biden added.

North Korea has yet to stage any provocation but said it will continue to develop and expand its nuclear capabilities in its recently concluded ruling Workers' Party congress.

Its leader Kim Jong-un also called for stepped up efforts to improve the precision of the country's missiles with a range of "15,000 kilometers," clearly making a threat with an intercontinental ballistic missile that can reach the U.S. mainland.

Many experts have stressed the need for the new Biden administration to send a message to North Korea before Pyongyang tries to force itself on the U.S. list of agendas with a provocative missile or even a nuclear test.

Biden has yet to directly address the North since his election win. Questions from Yonhap regarding the issue have either been unanswered or turned down.

Biden to be inaugurated amid pandemic, worst political turmoil

Biden to be inaugurated amid pandemic, worst political turmoil