SEOUL, Jan. 19 (Yonhap) -- South Korean exports to Japan shrank nearly 12 percent in 2020 from a year earlier due to the fallout of the coronavirus pandemic, data showed Tuesday.

Overseas shipments to the neighboring country came to US$25.09 billion last year, down 11.7 percent from a year earlier, according to the data from the Korea International Trade Association (KITA).

KITA attributed last year's decline to a plunge in shipments of petrochemical and steel products in the wake of the coronavirus outbreak and falling export prices amid low oil costs.

Tokyo was once Seoul's top export destination, with its share reaching 38.5 percent in 1973.

But South Korea's exports to Japan began to tumble as its shipments to China surged and the Japanese yen remained high. Exports to Japan fell for four years running from 2012. 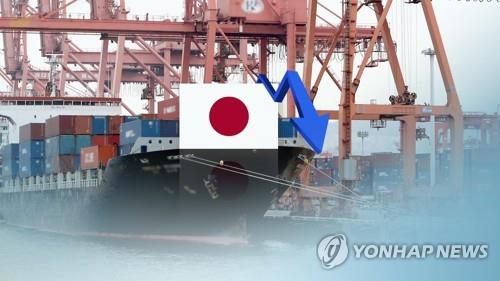