SEOUL, Jan. 19 (Yonhap) -- The prosecution's special team on Tuesday announced the results of its investigation and officially wrapped up a 14-month probe into the 2014 sinking of the ferry Sewol that killed more than 300 people, mostly teenagers.

It dropped most of the key allegations raised by the victims' families and their supporters.

The ferry sank off the southwestern coast of the Korean Peninsula on April 16, 2014, in one of the country's worst peacetime disasters. It went down, along with 250 high school kids and 11 teachers, who were travelling to the southern resort island of Jeju on a school field trip. 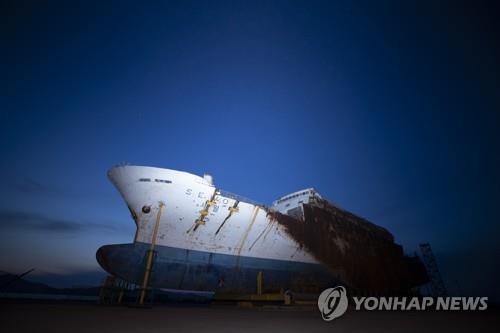 In February, the team indicted 11 senior maritime police officials, including Kim Suk-kyoon, the former chief at the Korea Coast Guard, for professional negligence resulting in death and for failing to lead a swift and timely rescue operation.

In May, the team charged an additional nine government officials, including Lee Byung-kee, former chief of staff for former President Park Geun-hye, with abuse of power. They were accused of interfering with the work of a special investigation commission tasked with finding the truth of the ferry sinking and the state rescue effort.

The team, however, closed the investigation without additional indictments regarding allegations that the Park government exerted undue influence over the prosecution's initial probe into the case and the state intelligence agency illegally surveilled some of the victims' families to cover up the truth.

It also dropped the charge that the maritime police hampered the rescue efforts for a teenage boy by transferring him on a boat, not using a helicopter, thereby wasting time that could have saved his life.

The issue of the closed-circuit television footage retrieved from the sunken ship, which some raised suspicions of having been fabricated, will be handled by a special counsel, it said.

"We did our best to look into various allegations and find the truth behind them," Im Kwan-hyuck, who led the team, said in a statement. "We offer our deepest condolences to the families of the victims."

The team was launched by Prosecutor General Yoon Seok-youl in November 2019 to look into a number of unsolved questions and allegations surrounding the government's botched rescue operation and mismanagement of the tragedy. 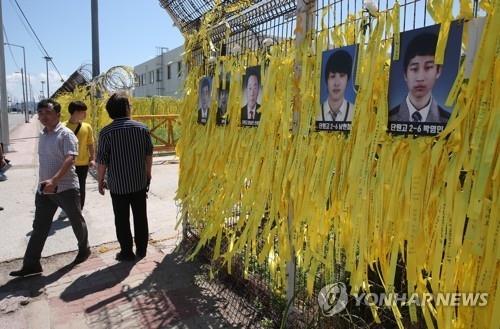