Avril Haines also said, if confirmed, she will review existing intelligence on North Korea to discern what the regime's intentions are.

"Understanding the capabilities and intentions of a country like North Korea is a critical responsibility of the intelligence community," Haines said in a written answer to questions from the Senate Intelligence Committee as part of her confirmation hearing.

The former deputy director of national intelligence was asked how she interpreted the North's continued missile testing and its implications on future denuclearization talks with the North.

"If confirmed, I look forward to reviewing the latest intelligence and analysis by IC (intelligence community) professionals on North Korea's continued missile testing," she added.

North Korea has continued a self-imposed moratorium on nuclear and long-range missile testing since November 2017, but launched a series of short- and medium-range missiles after leader Kim Jong-un's second summit with U.S. President Donald Trump ended without a deal in Hanoi in February 2019.

At her confirmation hearing Tuesday, Haines noted a need for the U.S. intelligence community to allocate more resources for Northeast Asia, partly to counter growing threats and competition from China. 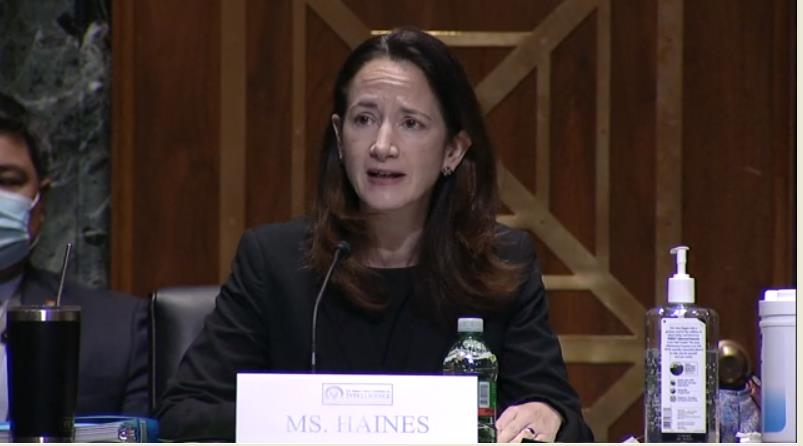