The Ministry of Economy and Finance unveiled a set of measures to reduce non-bank institutions' FX liquidity risks as a market rout caused by the COVID-19 pandemic brought to the fore their vulnerability to external shocks.

"The government drew up measures to manage FX liquidity for non-banks, which have been in a blind spot in enhancing financial soundness," Finance Minister Hong Nam-ki said at a meeting on emergency economic responses.

The country has beefed up FX liquidity rules on banks and taken macroprudential measures, including bank levies and tighter regulations on banks' FX derivatives positions in the wake of the 1997-98 Asian financial crisis and the 2008 global financial turmoil.

But compared with tighter rules on banks, securities firms and insurers have been relatively vulnerable to FX liquidity risks amid loose supervision and their business practice of seeking high returns. 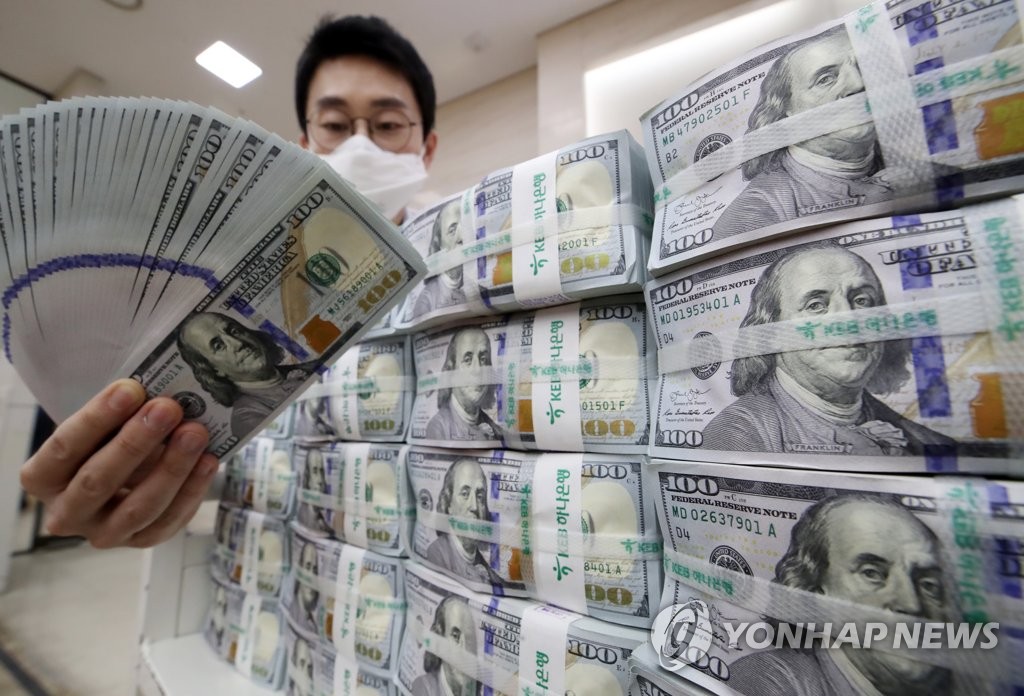 In the midst of the pandemic in March 2020, the country's FX and swap markets suffered a severe dollar crunch, led by surging short-term dollar demand by securities firms.

To this end, financial authorities will monitor non-banks' 30-day plan to secure FX liquidity on a monthly basis. They will also check non-banks' liquidity risks stemming from currency and maturity mismatch in managing foreign assets and debt.

The ministry added it will conduct stress tests on FX liquidity for non-banking institutions as well. Currently, only banks are subject to such tests.

As part of such efforts, the ministry will include futures contract-related assets and debts in calculating non-banks' ratio of foreign assets due within three months against foreign debt.

The ministry plans to encourage financial groups to provide support to their affiliates at a time of liquidity crunch.

The finance ministry noted the country will improve a system of supplying FX liquidity to help non-bank institutions have better access to dollars in times of crisis.