He also nominated Hwang Hee, a ruling Democratic Party (DP) lawmaker, as culture minister and Kwon Chil-seung, another DP lawmaker, as SMEs and startups minister in a partial Cabinet reshuffle, according to Chung Man-ho, senior presidential secretary for public communication. 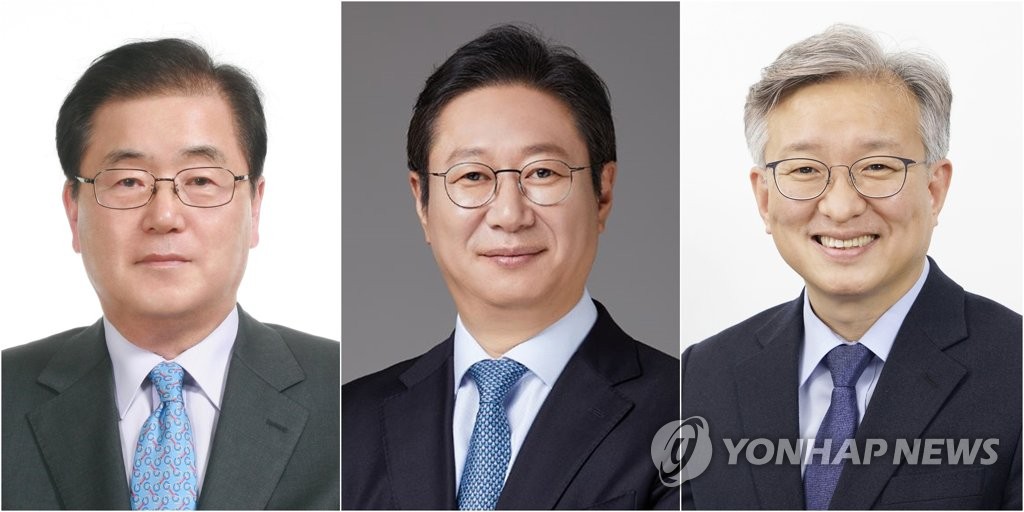 The nominees face confirmation hearings at the National Assembly, the dates of which have yet to be set.

If appointed, Chung will replace Kang Kyung-wha, who has served as Moon's first foreign minister.

Chung had worked as Moon's top security adviser for three years since the launch of the Moon administration in May 2017.

Hwang, a two-term lawmaker, previously worked at Cheong Wa Dae under the Roh Moo-hyun administration and has served as head of DP's public relations and the party's deputy floor leader.

Kwon, a two-term lawmaker, also has a career of serving at the presidential office. Kwon's nomination came as Minister Park Young-sun tendered her resignation in a bid to run in the April 7 by-election for Seoul mayorship.