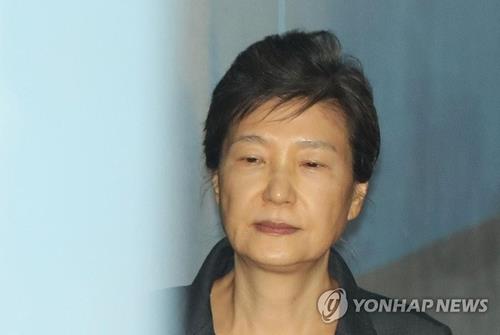 Park will be put under isolation at the outside medical facility for a certain period of time as a precaution and due to her old age even though she tested negative for the coronavirus, the ministry said.

The place of Park's isolation is known to be Seoul St. Mary's Hospital in southern Seoul, where she has intermittently received treatment for a lumbar disc condition and other ailments.

In September 2019, the former president underwent surgery for a frozen left shoulder at the same hospital.