A group of workers in the industry on Tuesday pleaded with the government to mitigate the virus restrictions that require all members of the audience to sit two seats apart, and to allow accompanying visitors to sit together.

The two-seat-apart rule is ineffective for people who come to see the show together as they are mostly families, lovers or friends that share daily lives, the industry representatives said.

They also claimed that the possibility of virus transmission in theaters is very low as all audience members rarely talk and only face the stage with their protective masks on.

There have been cases where coronavirus patients watched shows, but no cases of virus transmission among audience members have been reported. 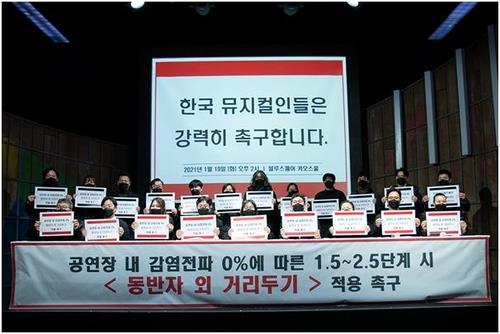 According to industry sources, musical performance companies can meet the break-even point when they sell 70 percent of the seats at theaters.

But under the current virus restriction on musical theaters, shows can run at a maximum of 30 percent capacity, which makes it almost impossible for companies to make profits.

Last month, musical troupes' revenues fell sharply by more than 90 percent from a year ago, according to data from the Korea Arts Management Service.

"A typical show has between 30 and 300 staffers, more than 10 times the number of performers, and many of them have lost their jobs due to disruptions in performances (due to COVID-19)," the industry officials said, adding, "They're struggling to make a living."

"Social distancing only among different groups of audiences (other than accompanying families or friends) is the only way the musical theater industry can survive," they added.

South Korea has been one of the few countries in the world where musical shows continued amid the pandemic.

Last year, "The Phantom of the Opera," one of the longest-running Broadway shows, only held a tour in South Korea, as most of international musical theaters were shut down. 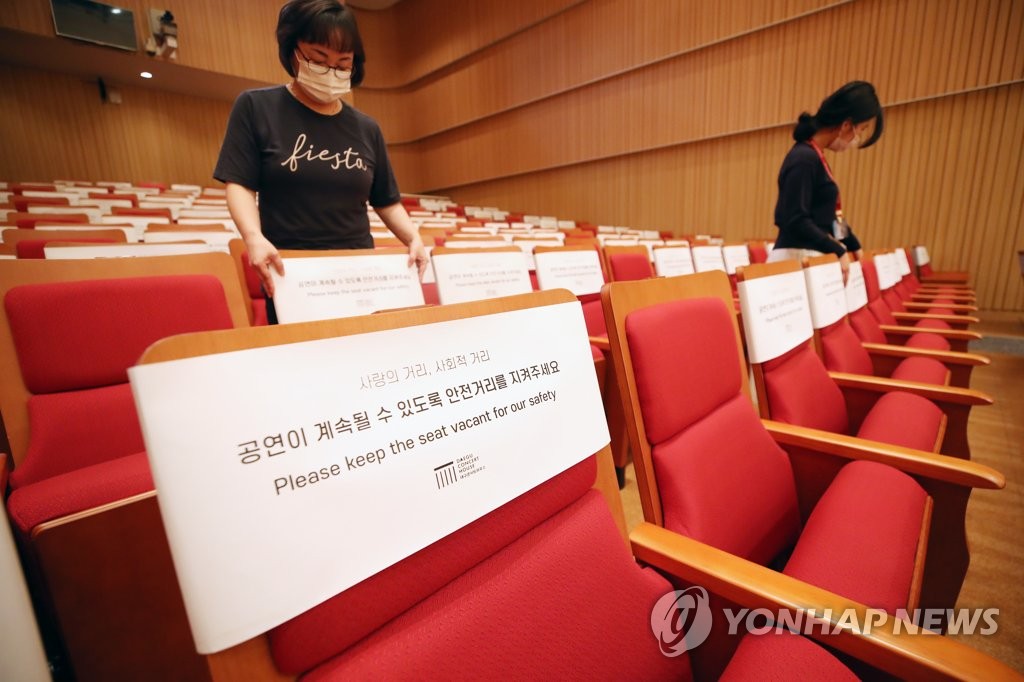