SEOUL, Jan. 21 (Yonhap) -- The new administration of U.S. President Joe Biden is expected to have a positive impact on South Korea's exports as he pledged to reverse the Trump administration's protectionism and trade wars, along with a massive economic relief package.

However, trade tension between the U.S. and China is likely to persist as he is predicted to confront Beijing by stepping up cooperation with Washington's European and Asian allies, although Biden is unlikely to engage in a trade war seen under Trump.

"While Joe Biden is poised to walk back much of Trump's foreign policy, the intensified rivalry with Beijing is here to stay," the Korea Economic Institute, a Washington-based think tank, said in a recent publication.

"The upside with Biden, however, is that he has shown more of an interest in working with regional partners in areas outside of traditional security issues and appears to favor a more qualified competition with China," it said.

"Still, it's unlikely to all be smooth sailing ahead. Greater recognition from Washington could come with greater expectations for Seoul in endeavors that could be seen as containing China," the institute said. 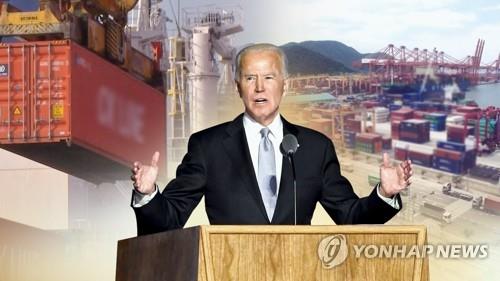 "Additionally, of particular concern is a U.S.-led effort among like-minded countries to decouple value chains in high tech industries with China, which would hit the bottom-line of major South Korean conglomerates," it said.

Although Biden is expected to build alliances in global trade, he will swiftly enforce "buy American" laws to protect American industry as the U.S. economy was ravaged by the coronavirus pandemic, according to a report by the Korea International Trade Association (KITA).

"The 'buy America' plan by the Biden administration is apparently in line with a protectionist approach by the Trump administration," the report said.

Many experts believe that Biden, who was vice president under Barack Obama, will restore rules of international trade and that will be a boon for South Korea's exports.

The U.S. accounts for about 15 percent of South Korea's exports. If the U.S. economic growth gains by 1 percent, it will boost Korea's exports by 2.1 percentage points.

But the decline was better than a 10.4 percent on-year decline in 2019, when the nation's exports were hit by a trade war between the U.S. and China. 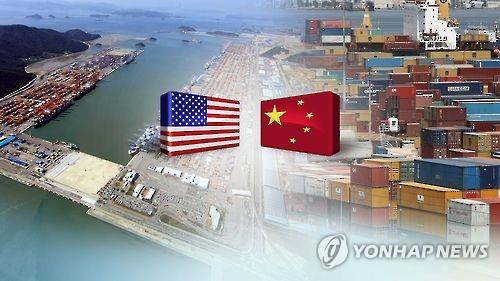 Kim So-young, an economics professor at Seoul National University, said, "Large-scale economic stimulus packages are expected once the Biden administration is inaugurated. That will have a positive impact on the U.S. economy and the Korean economic growth."

Last week, Biden proposed another shot of a US$1.9 trillion stimulus package that will help Americans mitigate the economic fallout of the pandemic.

Although Yellen said the U.S. will not pursue a weaker dollar policy, many analysts believe that the U.S. dollar could weaken under a Biden presidency due to an easing of uncertainty in global trade.

If the U.S. dollar is further weakened, it will benefit emerging markets, including Korea.

"Although the Biden effect has already been priced into markets, it is expected to have a more positive impact on the local stock market after his inauguration," said Park Sang-hyun, an economist for HI Investment & Securities in Seoul.