The American working at the U.S. Army Garrison Yongsan was confirmed to have contracted COVID-19 on Monday following direct contact with someone who tested positive earlier, the U.S. military said.

The official had been in quarantine at his off-installation residence since Jan. 8, and tested positive after developing symptoms. He is now at an isolation facility at Camp Humphreys in Pyeongtaek, some 70 kilometers south of the capital.

"USFK health professionals determined contact tracing was limited due to the individual being in quarantine," it said in a release.

Following a series of infections reported at the Yongsan base, USFK ordered all service members at the garrison to stay at home except for essential activities until Sunday.

The latest case raised the total number of infections reported among the USFK-related population to 636. 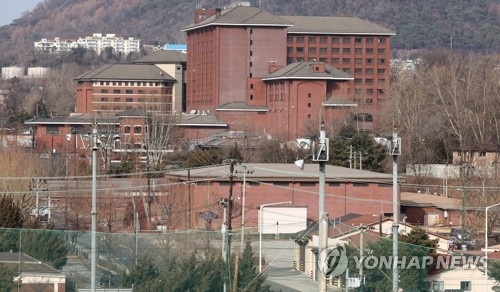