Of the total, the band's three singles sold 721,000 units, while its full debut album "The First Step: TREASURE Effect" sold 281,845 units since its release last week, according to YG Entertainment.

By country or region, 26 percent of the album sales each came from Korea and Japan, followed by 20 percent in Southeast Asia, 15 percent in China and 8 percent in Europe.

TREASURE is a 12-piece band that debuted in August through a survival audition program by YG Entertainment, "YG Treasure Box."

The act has four Japanese members -- Yoshi, Masaho, Asahi and Haruto -- and has enjoyed huge popularity in Japan. "My Treasure," the lead track for the band's debut studio album, has topped album sales and streaming charts in the country. 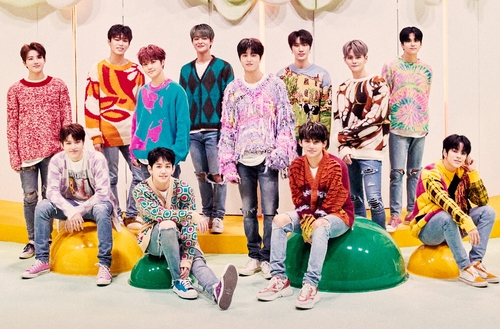