U.S. President-elect Joe Biden is set to take office in Washington at noon on Wednesday (U.S. time) as the 46th president of his country. He is widely expected to reset many American policies pursued under Donald Trump, including those on the Korean Peninsula.

"President-elect Biden supported former President Kim Dae-jung's 'Sunshine Policy' in the past and holds to the principle of resolving Korean Peninsula issues through dialogue," Rep. Lee Nak-yon, the DP chairman, said in a party leadership meeting.

The Sunshine Policy refers to the former South Korean leader's signature reconciliatory policy toward North Korea, for which he was awarded the Nobel Peace Prize in 2000.

"I anticipate that (the allies) could advance the Korean Peninsula peace process through solid trust and communication while, through the course, Seoul also expands its role," Lee said.

Lee also said he anticipates that the U.S. led by Biden will command a global leadership that is more substantially dignified.

Floor leader Rep. Kim Tae-nyeon stressed that the DP and the U.S. Democratic Party are partners of democracy that respect the value of human rights and peace.

"(The DP) will play a role to advance the South Korea-U.S. alliance to a whole new level of cooperation through policy partnerships between both nations' governments under the democratic parties," Kim said.

Kim also projected that an expected increase in South Korea's global trade, likely from a U.S. economic growth and the recovery of the international trade order under Biden, will have a positive impact on the Korean economy. 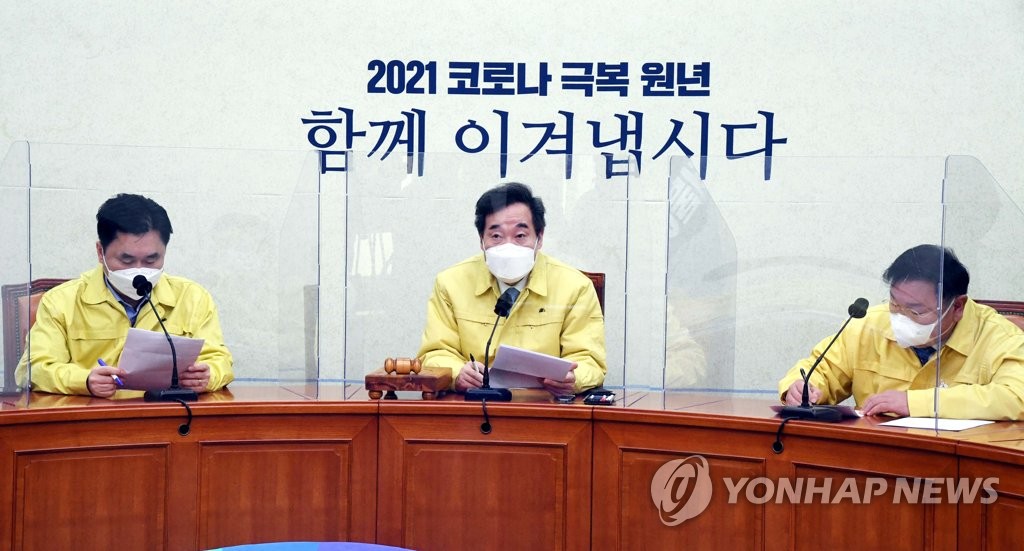