WASHINGTON, Jan. 20 (Yonhap) -- U.S. President Joe Biden promised efforts to repair his country's relationship with its allies on Wednesday, also promising to bolster its global leadership by the "power of example.

Biden made the pledge shortly after he took office as president, ending Donald Trump's term and "America First" policy.

"We will repair our alliances and engage with the world once again, not to meet yesterday's challenges but today's and tomorrow's challenges," Biden said in his inaugural address. 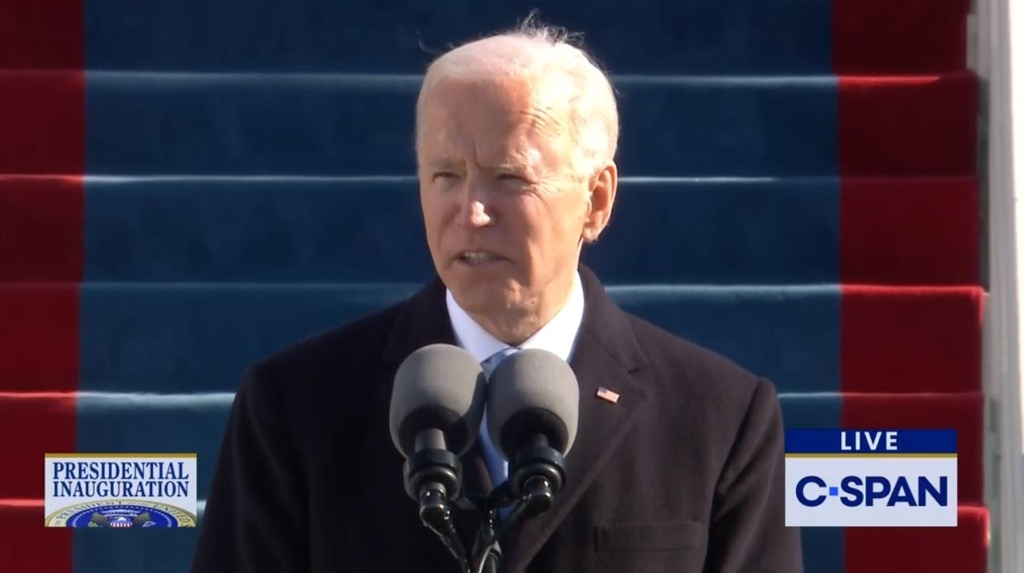 Biden focused most of his speech on the importance of unity as the world's strongest nation now stands to become one of the hardest hit by the pandemic.

More than 400,000 Americans have lost their lives due to the COVID-19 outbreak, accounting for nearly one quarter of all deaths in the world, while the country has only about 3 percent of global population.

His message to the rest of the world came nearly at the end of his 20-minute inaugural address.

"We all understand the world is watching, watching all of us today. So here's my message to those beyond our borders. America has been tested, and we have come out stronger for it," said Biden, apparently referring to what he has called four years of lies and division under the Trump administration.

Biden said his administration will work to repair its global leadership.

"We will lead not merely by the example of our power but the power of our example," said in an often-repeated phrase. "We will be a strong and trusted partner for peace, progress and security."