SEOUL, Jan. 21 (Yonhap) -- About two weeks after making a surprise announcement that he would step down as LPGA commissioner in 2021, Mike Whan is, in his own words, "at peace" with his decision.

As the longest-serving commissioner in LPGA history, Whan, 55, is leaving the women's tour in a better place than when he took the reins in 2010. The LPGA Tour went from 34 tournaments in 2008 to just 24 by 2010. This year, the total has gone back up to 34 events, with a record purse of US$76.5 million up for grabs.

But it's not these numbers that Whan will take away with him. Rather, it's the memories he's built with his players, including stars from the powerhouse South Korea. 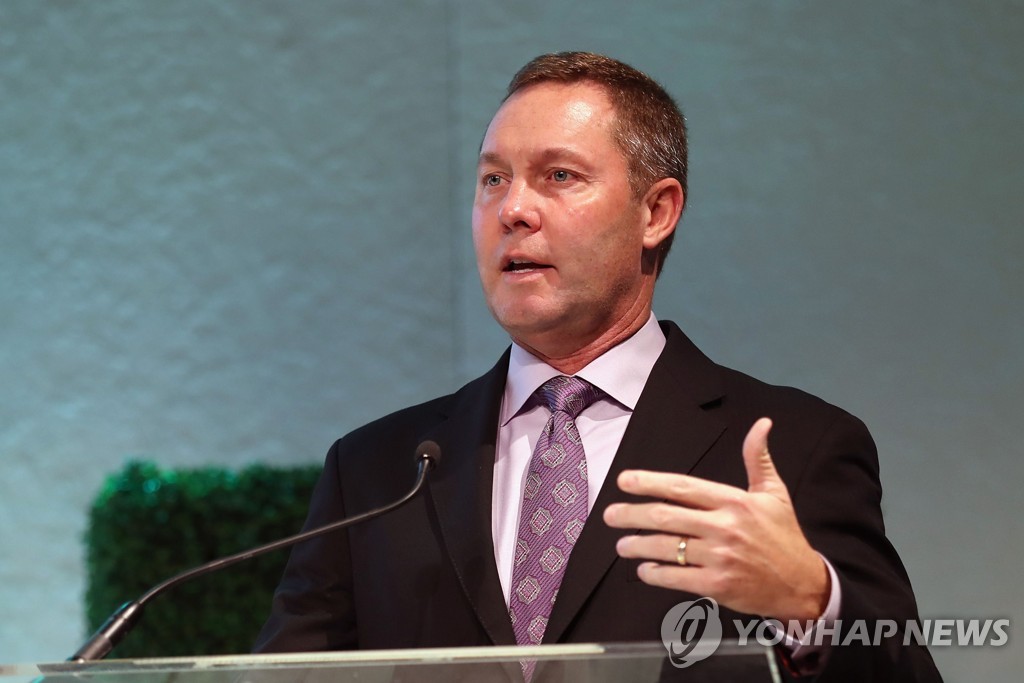 In an interview with Yonhap News Agency on Wednesday, Whan said he has made friends for life with people in Korea, be it players, sponsors or his employees.

"My job change won't change how I feel about these people," Whan said in a one-on-one Zoom session. "Because I am usually the oldest guy in the room, I have this fatherly thing. I look at these individuals as my kids and it's really fun to watch them grow, whether they're players or teachers or staff members."

Ryu won her first major, the 2011 U.S. Women's Open, before she even became an LPGA member. Whan admitted he didn't know who Ryu was when she won that tournament. 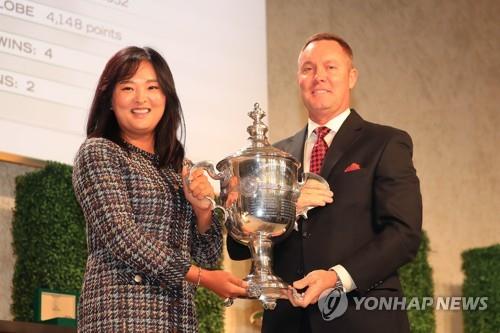 But when another Korean player, Kim Sei-young, won her first major title at the KPMG Women's PGA Championship last year, Whan knew exactly who she was, and Kim's breakthrough struck a chord with him.

The fast-talking Whan said he plays golf at much the same pace. And whenever his playing partners tell him to slow down on a course, Whan is reminded of his pro-am round with the Korean legend Pak Se-ri early in his tenure.

"We were about at the sixth hole and she said to me, 'You play like you're late for a meeting,'" Whan recalled. "She said, 'As soon as you tee off, you look forward to being done.' I said it's kind of me in life, anyway. I'll never forget that. Every time I play with somebody and they make fun of how fast I play, I think of Se-ri." 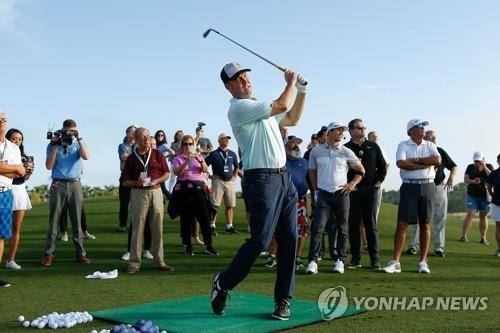 Whan was on hand for Pak's retirement ceremony in 2016, held during an LPGA tournament in Incheon, just west of Seoul. It was an emotional occasion for both the World Golf Hall of Famer and the commissioner.

"I'll never forget Se-ri's retirement. She was crying and I was crying," Whan said. "We were both a mess and it was a lot of fun."

Pak created some unforgettable moments during her trailblazing LPGA career. By winning two majors as a rookie in 1998 and finishing her illustrious with 25 titles, Pak inspired a whole new generation of future stars.

Since Whan's tenure began in 2010, Korean players have won 23 out of 51 LPGA majors, including six of the past nine. There has been at least one Korean major winner in every year since 2011. The top three players on the world rankings today all hail from Korea.

Whan said the success of Korean golfers in LPGA has led to growth of women's golf in other countries.

"As a result, selfishly, I got to be the beneficiary of that. Now, we have events all over the world," he said. "This week, we're playing in Orlando but we're televising to 202 countries and territories. Back in 2010, we had 12. The world is now paying attention because young athletes are coming from all over the world." 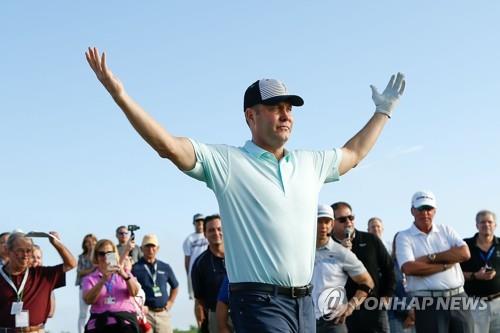 Whan also noted that South Korean players have also "pushed everybody to be better" and that young golfers reach the LPGA Tour prepared to win immediately.

"If you go back 25 or 30 years in the LPGA, great players would make it to the LPGA and they learned about nutrition, physiotherapy and sleep patterns, and they really became professionals," Whan said. "Today, all these things are in place when a player walks onto the LPGA. This is happening at 12, 13 and 14 (years of age) all over the world. That's what it takes to succeed here. I think Koreans have raised the bar and as a result, the rest of the world had to raise the bar as well." 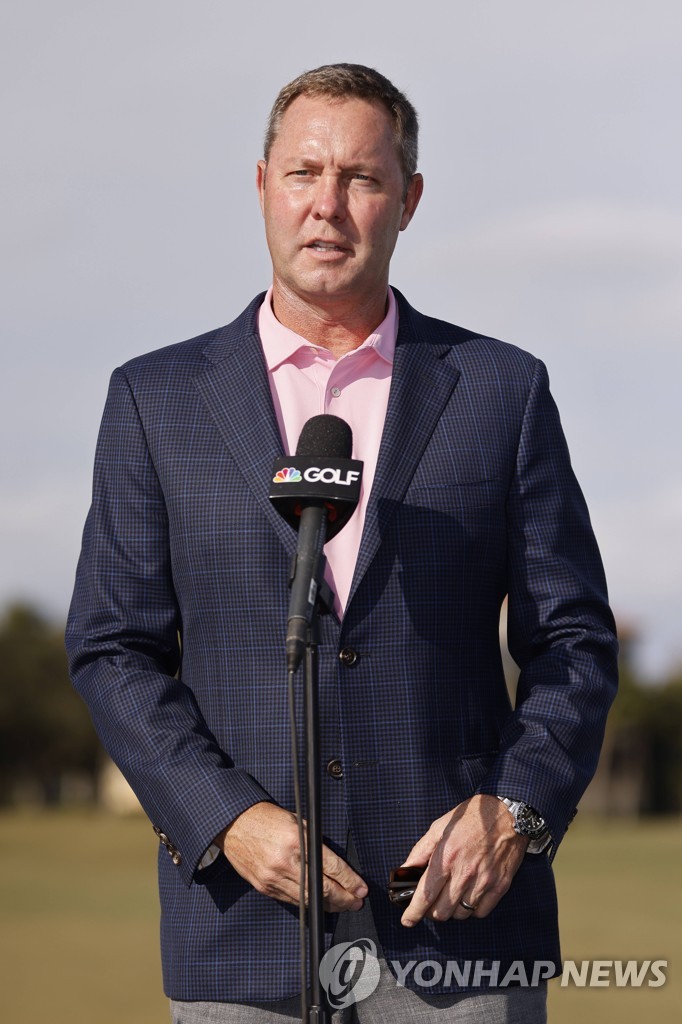 Whan's predecessor, Carolyn Bivens, may not have viewed South Korean players in similarly exalted light. She resigned in 2009 under pressure from players, both domestic and international. Discontent first surfaced in August 2008, when Bivens sought to institute a controversial, English-only language policy that apparently targeted Korean players.

It would have required all players with at least two years of LPGA experience to prove English proficiency or face suspension. The idea, slammed for being xenophobic and discriminatory, was pulled back two weeks later. It was founded on the notion that LPGA was an American tour and everyone had to follow the American ways. 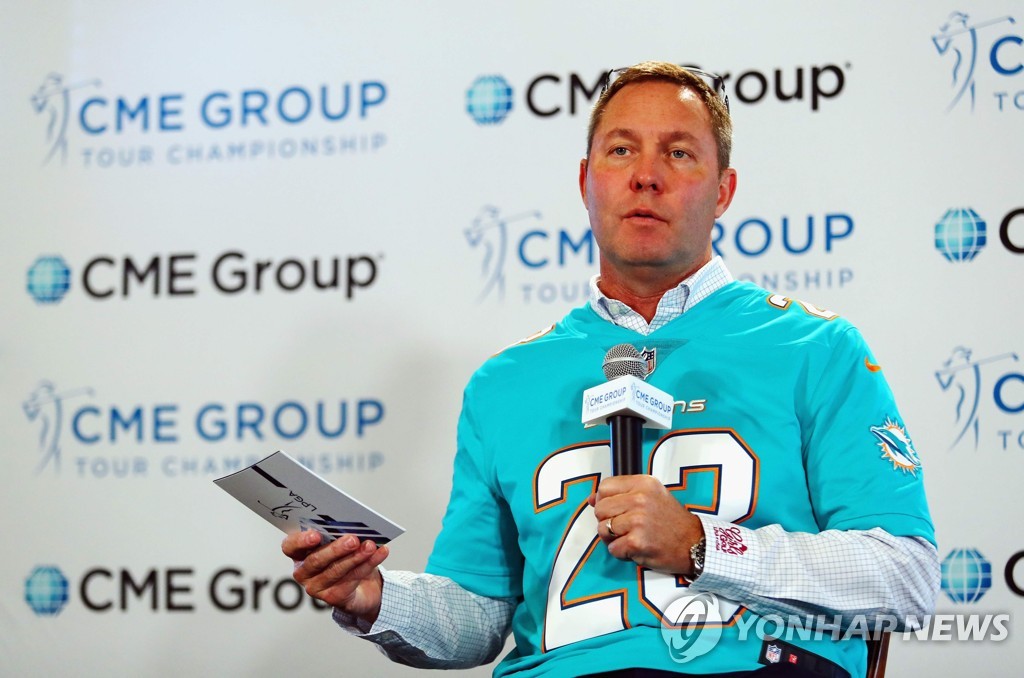 Things are much different now. Many young Korean players are able to give their acceptance speech in English after winning tournaments. They may not all be perfect, but no one faults them for trying. And the LPGA Tour has become so international, with sponsorships and TV deals around the world, that it can no longer be called an American competition.

Of 34 tournaments this year, 12 will be played outside the U.S.

Whan said the nationality of champions on Sundays "won't be the driving favor in the success of the LPGA in the long term."

"I don't think too many people would say Premier League soccer would need players from England to be successful," Whan said. "The Premier League is so successful globally that where the next superstar comes from might have an impact on that country but not on the overall league. I'd say the LPGA is the same way."

Expanding LPGA's international reach is a significant part of Whan's legacy as commissioner. But he said he wants to be remembered more for his character than statistics. 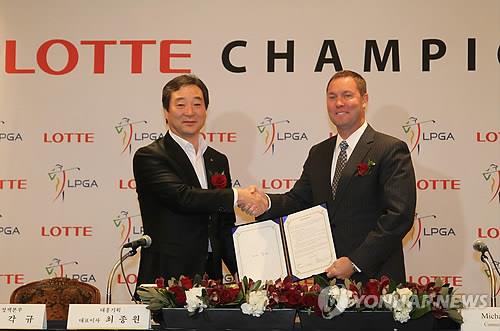 "I really don't believe, 25 years from now, anyone is going to say, 'That Mike Whan had 34 tournaments and $80 million (in purse),'" he said. "I hope what they will say is that I was honest and straightforward, even when it wasn't convenient to be honest and straightforward. I hope they will say, underneath it all, he was just trying to help young women have the same kind of opportunities that young men have all over the world in their whole lives." 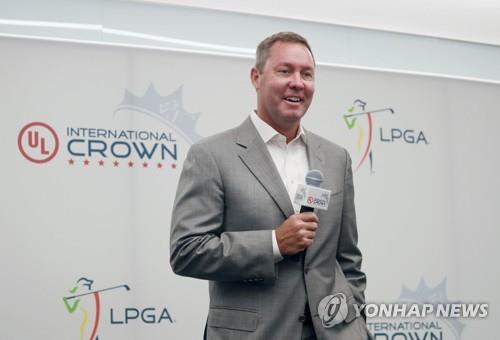