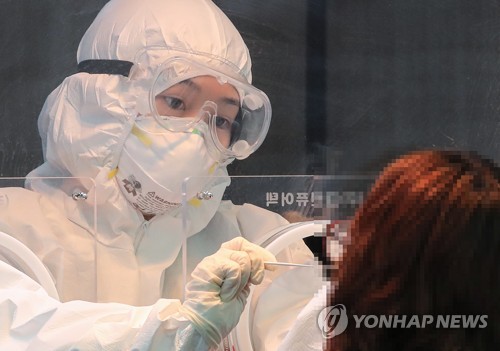 A health worker clad in a protective suit collects a sample from a citizen at a makeshift virus testing clinic in Seoul on Jan. 21, 2021. (Yonhap) 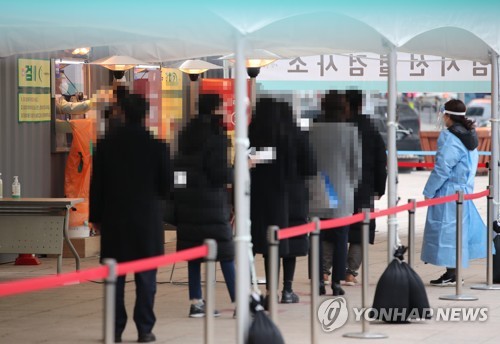 Citizens wait in line to receive virus tests at a makeshift virus testing clinic in Seoul on Jan. 21, 2021. (Yonhap)