SEOUL, Jan. 21 (Yonhap) -- South Korea's exports rose 10.6 percent on-year in the first 20 days of January on the back of robust shipments of chips and autos amid the pandemic, customs data showed Thursday.

The country's outbound shipments stood at US$28.2 billion in the Jan. 1-20 period, compared with $25.5 billion a year earlier, according to the data from the Korea Customs Service.

Per-day exports also grew 10.6 percent on-year during the cited period. Imports inched up 1.5 percent on-year to $28.6 billion in the 20-day period, resulting in a trade deficit of $368 million, the data showed. 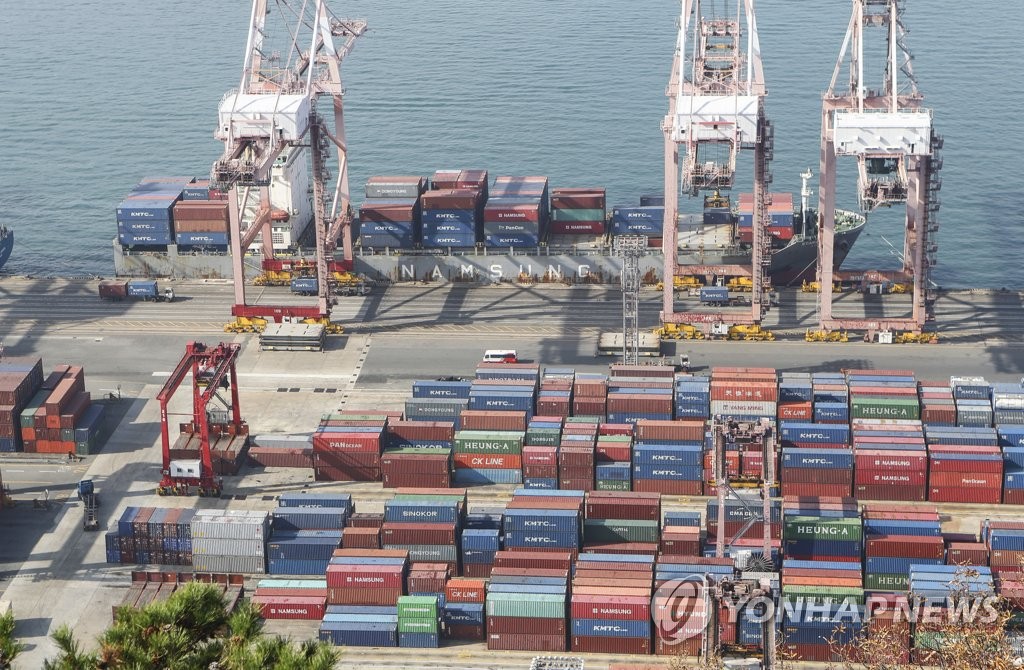 By sector, outbound shipments of memory chips, a key export item, rose 11.6 percent on-year in the cited period, and exports of autos gained 15.7 percent. Those of telecommunication devices soared 60.5 percent.

On a monthly basis, the pace of the slump has eased since June last year, as major economies resumed business activities following months of border lockdowns, and South Korea's exports of chips recovered.

The finance ministry forecast the country's exports to grow 8.6 percent on-year this year on strong shipments of chips and autos.