SEOUL, Jan. 21 (Yonhap) -- A powerful investigative agency officially launched Thursday with a focus on uprooting corruption among high-ranking officials, heralding a new chapter in the history of the country's legal establishment.

President Moon Jae-in formally authorized Kim Jin-wook as the inaugural chief of the agency, the Corruption Investigation Office for High-ranking Officials (CIO), after the National Assembly endorsed his appointment earlier in the day following his confirmation hearing.

Kim's three-year term started immediately. The 54-year-old former judge leads a team of 25 prosecutors and 40 investigators, among others.

The agency is authorized to investigate corruption cases involving former and current public officials, including the president, lawmakers and prosecutors, as well as their families.

It also has the power to indict when it comes to crimes involving the chief justice, prosecutor general, judges, prosecutors, high-ranking police and military officials.

Establishing the CIO (and thereby reforming the prosecution) was among the urgent agenda items for President Moon Jae-in, long before he became president.

In his inaugural speech in May 2017, he vowed to create an agency that is "totally independent from politics" and can "work as significant checks and balances" against the prosecution, which is seen as having excessive power and powerful individuals. 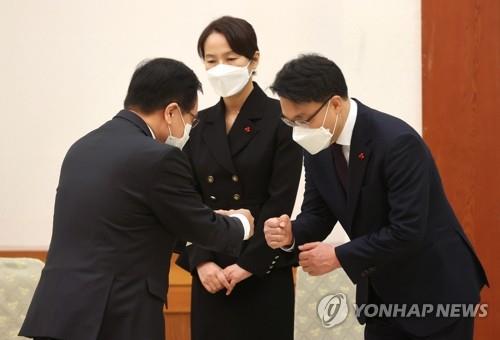 The prosecution, one of the most powerful yet also, according to many, most unreliable state agencies, was not considered up to the daunting task of ferreting out corruption in the establishment that includes prosecutors themselves.

Also, the public has had reservations about the willingness of prosecutors to vigorously investigate the entrenched, with whom they were too often seen as keeping cozy relations as part of efforts to protect their own sweeping power.

South Korea's prosecutors have much greater power than their counterparts in most countries, with the authority to investigate crimes -- big or small -- and the exclusive right to decide who to indict.

In December, a revision bill was passed by the National Assembly, led by the ruling Democratic Party (DP) that commands a majority, removing the last stumbling block to its launch, amid fierce bipartisan wrangling over how to select the CIO's chief and strong, if not explicit, opposition from prosecutors.

"I am fully aware that the people hope to see corruption among senior officials rooted out and powerful institutions reformed," Kim said during his confirmation hearing in parliament earlier this month.

"I will work to ensure that the CIO can firmly take root in the law establishment to uphold the constitutional principle of checks and balances," he said. 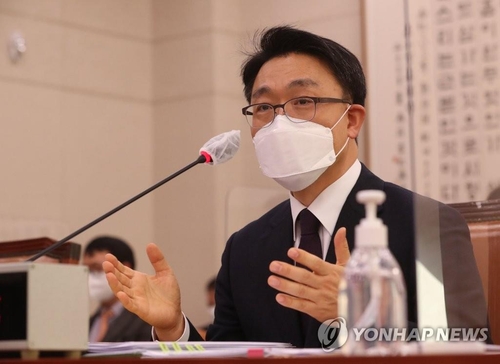