SEOUL, Jan. 21 (Yonhap) -- Delivery workers reached a final agreement with their employers on Thursday to prevent overwork by placing the burden of sorting parcels on the companies.

The two sides had been in negotiations over a deal after 19 delivery workers died last year apparently due to overwork.

The agreement, which was mediated by the Ministry of Land, Infrastructure and Transport, stipulates that logistics firms bear the responsibility for sorting parcels before their delivery, a job couriers have blamed for their overwork.

Unionized delivery workers plan to hold a press conference later Thursday to state their position on a possible strike.

The workers earlier threatened to strike unless measures were put in place to prevent their overwork ahead of the Feb. 12 Lunar New Year holiday, when demand for deliveries is expected to soar. 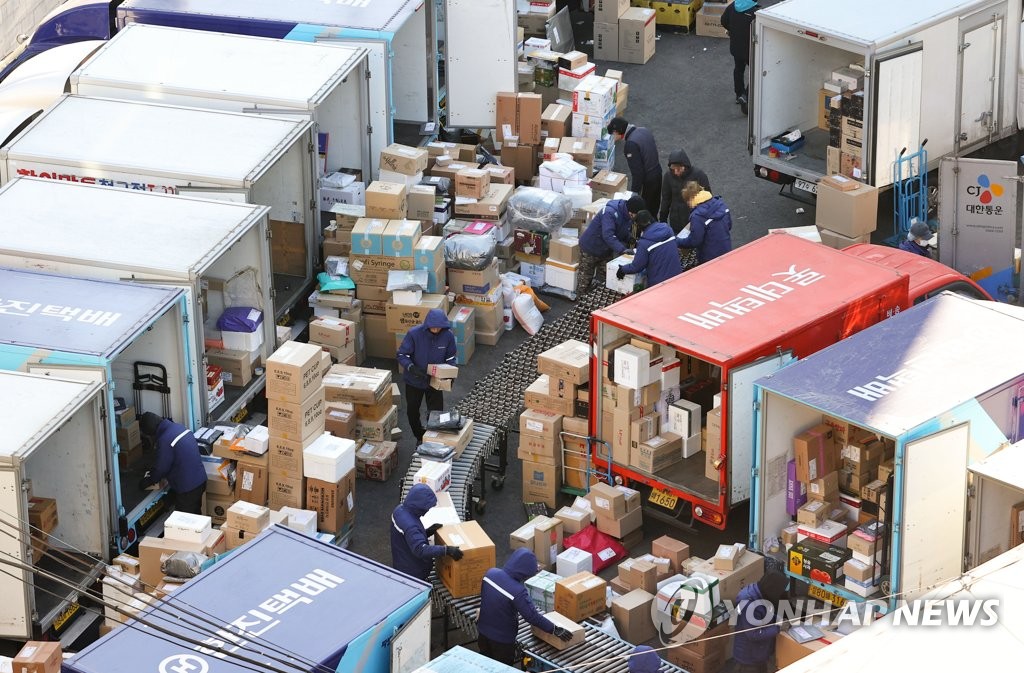