"The First Step: TREASURE Effect," set to drop on March 31, is a Japanese version of the band's debut full album and carries 13 tracks sung in Japanese, according to YG Entertainment.

Apart from the 12 songs included in the Korean version of the album, it also includes "Beautiful," the band's first song sung only in Japanese that was used as the ending theme for Japanese animation "Black Clover."

TREASURE is a 12-piece band that debuted in August through a survival audition program by YG Entertainment, "YG Treasure Box."

The act has four Japanese members -- Yoshi, Masaho, Asahi and Haruto -- and has enjoyed huge popularity in Japan. "My Treasure," the lead track for the band's debut studio album, has topped album sales and streaming charts in the country.

The band's global album sales -- including those for three singles and its debut full album released earlier this month -- recently hit 1 million. More than half of the sales came from Korea and Japan. 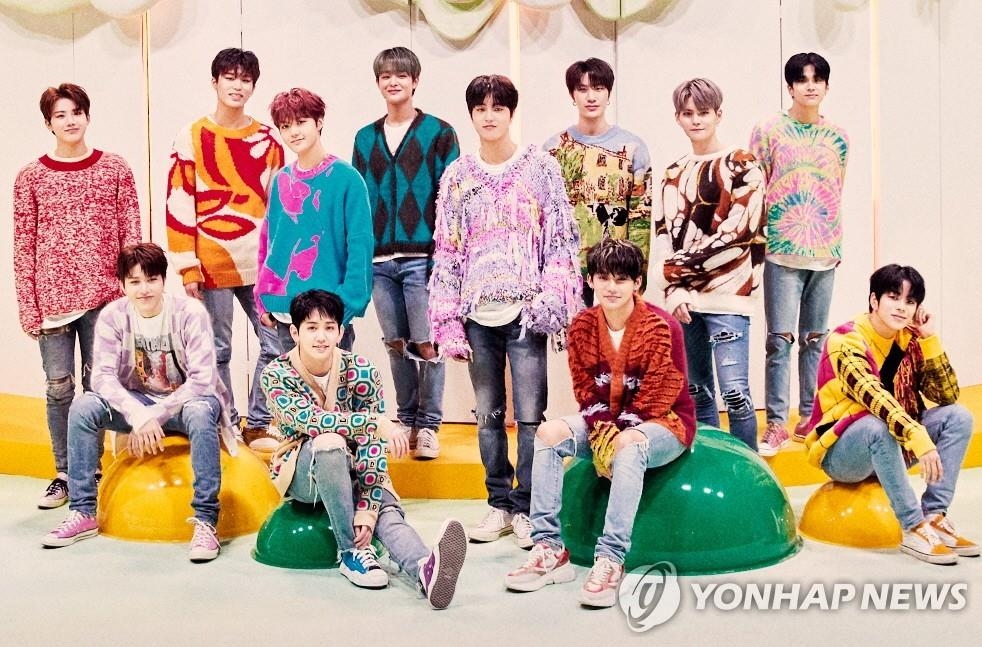