SEOUL, Jan. 21 (Yonhap) -- With an eventful chapter of unorthodox American diplomacy over, the launch of the Joe Biden administration is raising both hope and uncertainty for its alliance with South Korea, as the two countries face an unpredictable North Korea, a muscle-flexing China and an array of challenges from within their partnership.

Biden's swearing-in on Wednesday following the tumultuous departure of his predecessor, Donald Trump, came as Seoul seeks to close ranks with Washington to advance its stalled agenda of entrenching lasting peace with North Korea and broaden the security alliance to tackle the COVID-19 pandemic, climate change and other shared challenges.

But South Korea's efforts to cement cooperation with the U.S. could falter if they diverge on how to address the North Korean nuclear quandary, an escalating Sino-U.S. competition and historical animosity between Seoul and Tokyo, analysts warned.

"The keyword for Biden's diplomacy is 'normalization,' which means to do away with uncertainties from the unorthodox brand of diplomacy and restore traditional alliances -- something that might have already resonated with much of the State Department personnel," Nam Chang-hee, a professor of international politics at Inha University, said.

"In this broad scheme of things, South Korea may need to consider a flexible approach with some course correction -- compatible with that normalization -- for the stable management of its relationship with the U.S.," he added.

The last four years of U.S. diplomacy have indeed been marked by unpredictability, blips and surprises as witnessed by diplomats both in Seoul and Washington having been stunned oftentimes by Trump's policy tweets that seemed uncoordinated and incoherent at times -- but had profound consequences.

Now with Biden's inauguration, hopes are growing that Trump's transactional approach to U.S. allies, such as South Korea, will be supplanted by a conventional form of diplomacy characterized by close communication with the allies and the pursuit of shared values like democracy and human rights.

Biden's inauguration speech brought home his resolve to knit back the alliances.

"We will repair our alliances and engage with the world once again. Not to meet yesterday's challenges, but today's and tomorrow's challenges," he said in the speech. "And we'll lead, not merely by the example of our power, but by the power of our example." 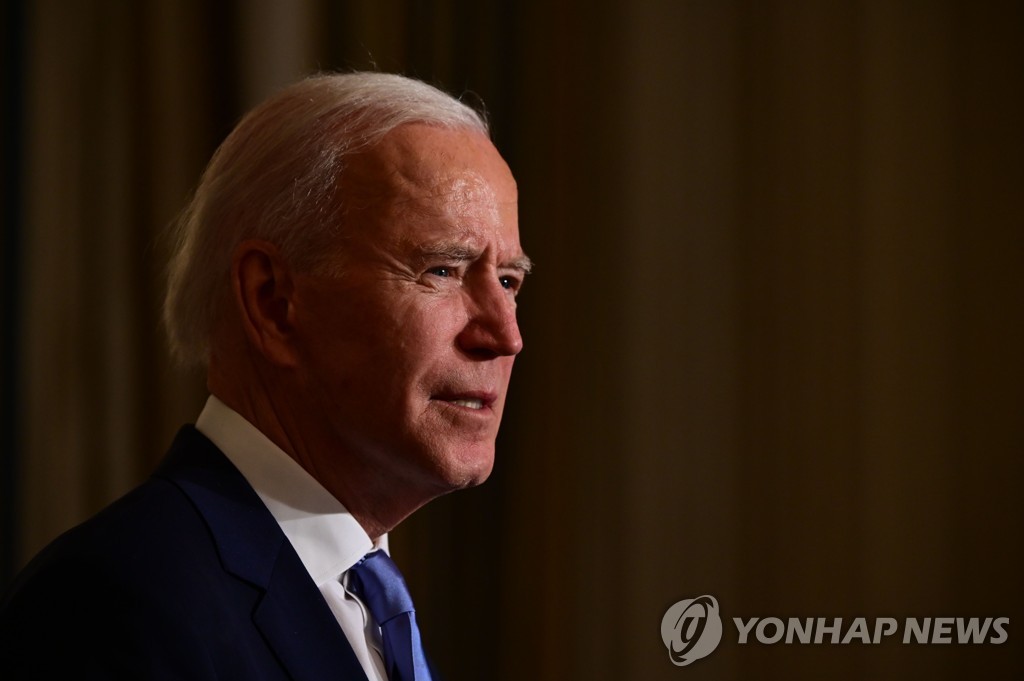 A key priority for South Korea in terms of alliance-based cooperation with the Biden government is to resume nuclear diplomacy with Pyongyang, which has been stalled since the no-deal Hanoi summit between Trump and North Korean leader Kim Jong-un in February 2019.

Uncertainty, however, hangs over that task, as Biden's foreign policy team is expected to unwind Trump's diplomatic strategy based on a leader-to-leader engagement with the North through a wholesale policy review.

"I think we have to review and we intend to review the entire approach and policy toward North Korea because this is a hard problem that has plagued administration after administration, and it is a problem that has not gotten better -- in fact, it's gotten worse," Antony Blinken, Biden's nominee for secretary of state, told the Senate Foreign Relations Committee in his confirmation hearing on Tuesday.

Seoul hopes to inherit the Singapore summit agreement between Trump and Kim in June 2018, under which the two sides agreed to work toward the "complete denuclearization" of the Korean Peninsula and setting new bilateral relations.

But at a time when the new U.S. government is intent on undoing Trump's legacies, questions remain over the fate of that agreement, which has already come under fire due to its lack of clarity on how to achieve the denuclearization goal.

Ensuring that the North Korean conundrum remains on the front burner of Biden's policy plate is another task for Seoul, as he faces a plethora of other pressing challenges, including political division, the pandemic, sluggish economic recovery, racial injustice and a scarred democracy to name a few.

The Seoul-Washington alliance could also face a major crossroads, as the Biden government seeks to tighten up its democratic alliance networks as a way to counter China's growing assertiveness.

Seoul's stance regarding the great-power rivalry has been ambivalent, as it seeks to maintain both the alliance with Washington and the strategic partnership with Beijing -- an integral partner for trade, tourism and not least Seoul's drive for peace with Pyongyang.

Seoul's ambience has been feared to be seen as a seeming tilt toward Beijing, amid an acrimonious competition between the two major powers over trade, technological leadership and security.

Despite the prospects of heightened tensions between Washington and Beijing, a glimmer of hope has risen that Biden's approach to Beijing could be less confrontational than that of Trump's -- at least in tone and style.

Observers said the Democratic president might seek to guide the Asian power into the U.S.-led rules-based order as a "responsible stakeholder" rather than excluding it through such measures as Trump's Economic Prosperity Network aimed at shifting global supply chains away from China.

To counterbalance China, Biden plans to firm up regional alliances like South Korea and Japan, and shore up America's position of strength. In the process, a major stumbling block could be a relentless historical spat between the two Asian allies.

Seoul and Tokyo have been mired in long-simmering rows over the latter's sexual slavery and forced labor during its 1910-45 colonization of the Korean Peninsula, as well as its export restrictions and territorial claims to Korea's easternmost islets of Dokdo.

The enmity between the two allies of the U.S. could undermine Biden's strategic picture, a reason why Seoul has been seeking to mend fences with Tokyo by sending its senior officials to Japan for high-level talks and making conciliatory gestures, including last week's renewed call by President Moon Jae-in to separate history issues from cooperation on other practical matters. 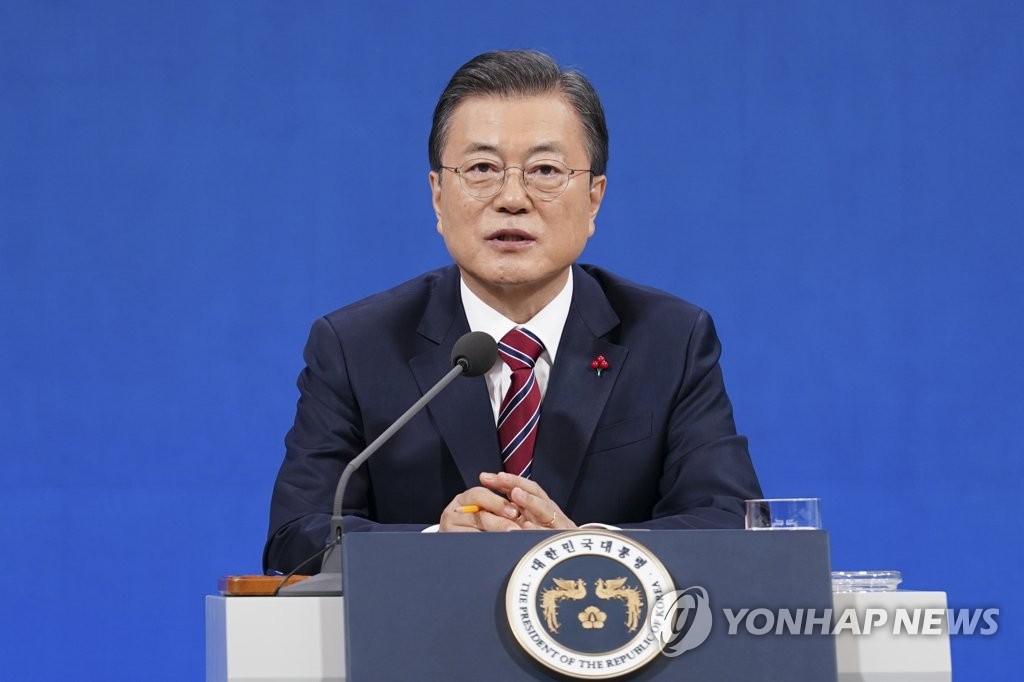 Such external issues aside, South Korea and the U.S. also face a set of other bilateral issues, including negotiations on Seoul's share of the cost for stationing the 28,500-strong U.S. Forces Korea and the envisioned transfer of wartime operational control to Seoul.

Pathways to resolving such issues would be smoother than Trump's era, given Biden's emphasis on strengthening regional alliances, analysts said.