The platform, named Universe, will be simultaneously available on Google's Android and Apple's iOS devices on Jan. 28, NCSOFT said. 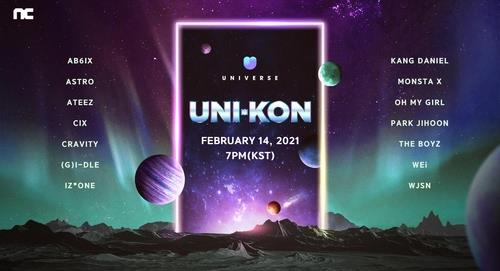 More than 4 million K-pop fans around the world have already pre-registered in 188 countries, NCSOFT said. More than 80 percent of the users are overseas.

The platform includes features like authorization of fan activities, such as buying albums and attending concerts. The company said it also plans to bring the artists' voices onto the platform using artificial intelligence technology.

An online live concert will be held through the platform on Feb. 14, NCSOFT said. A total of 14 K-pop acts will be participating, including IZ*ONE, Monsta X and AB6IX.