SEOUL, Jan. 21 (Yonhap) -- Foreign Minister nominee Chung Eui-yong said Thursday that he felt a sense of "immense responsibility" amid "difficult" diplomatic environments, as he faces the North Korean nuclear quandary and other policy challenges if appointed.

President Moon Jae-in designated Chung, the former director of the National Security Office, as new foreign minister on Wednesday, as Seoul seeks to tighten up cooperation with the new U.S. government of Joe Biden to resume stalled nuclear diplomacy with Pyongyang.

"I believe it is the last opportunity for me to serve for the nation," Chung told reporters as he appeared at an office in Seoul to prepare for his parliamentary confirmation hearing.

"Personally, it is an honor, but I feel a sense of immense responsibility because of our difficult diplomatic environments," he added. 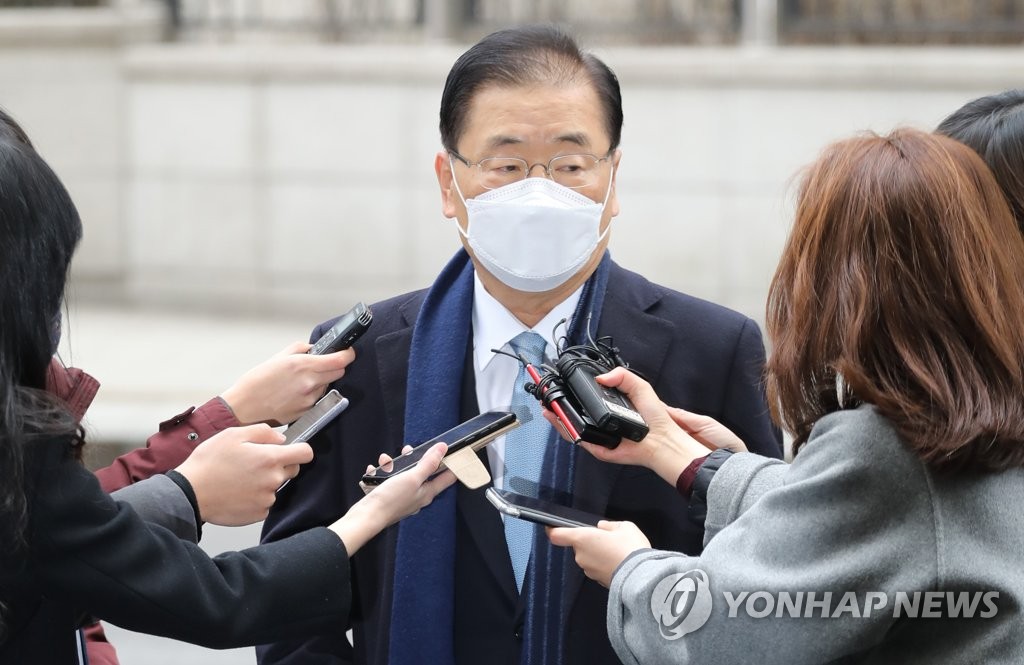 If he is officially appointed, he would confront an array of daunting tasks, including cementing cooperation with Washington to bring the North back to dialogue, addressing spats with Japan over trade and wartime history and navigating the geopolitical tensions between the U.S. and China.