Asia's fourth-largest economy had 3.36 million beef cattle, including Korean-breed cattle known as "hanwoo" here, as of Dec. 1, up 3.9 percent from a year earlier, according to the data from Statistics Korea.

It represents the largest-ever fourth-quarter tally since the statistical agency began tracking related data in 1983.

The fourth-quarter increase resulted from rising consumption of beef, which led to price hikes and prompted farmers to raise more beef cattle, the agency said.

The data also showed the number of milk cows in the country gaining 0.4 percent on-year to 410,000 heads in the October-December period. The figure was also up 0.4 percent from three months earlier.

In contrast, the number of pigs came to 11.08 million in the last quarter, down 1.8 percent from a year earlier and 2.5 percent from the previous quarter. 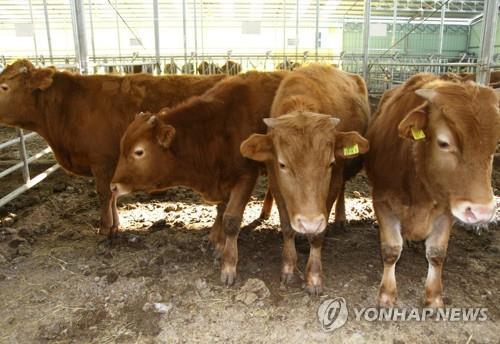