GOYANG, South Korea, Jan. 21 (Yonhap) -- As he takes on the role of an "adviser" for the reigning domestic club champions, South Korean football icon Park Ji-sung will put his focus on developing young players in the system.

Park, a former national team captain and World Cup hero, joined the front office for Jeonbuk Hyundai Motors on Tuesday and met with the media for the first time on Thursday. Jeonbuk said earlier that Park will be helping out the club in areas ranging from drafting and player development to scouting. Of those responsibilities, Park said Thursday he will take youth development most seriously. 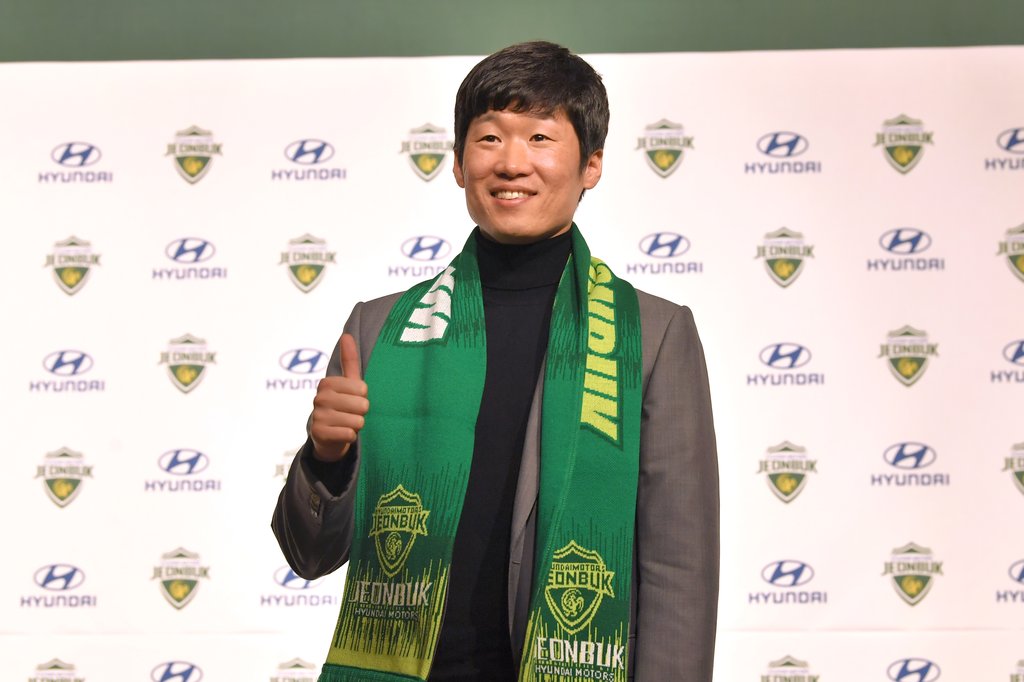 A former midfielder with Manchester United, Park said he saw firsthand how much his and other Premier League clubs invested in growing young talent and laying the foundation for their futures.

"If we don't establish a youth development system like in Europe, then the gap between us and them will grow even larger," Park said in his press conference in Goyang, just northwest of Seoul. "I'd like to play a role in narrowing that gulf."

Specifically, Park said he wants Jeonbuk's youth club to be able to send more players to the K League than any other team in the country.

"I think we need to adopt a lot of the European ways," Park said. "The most important thing is to see how much we can bring over from Europe and how well we can fit them into the Korean system."

Park added that changes will cost a lot of money but noted, "Jeonbuk are the wealthiest club in the league, and we've been able to achieve success because of that."

"Now it's time for Jeonbuk to establish a system that other clubs could emulate and follow," Park said. "I hope Jeonbuk will be the leader in that aspect, too." 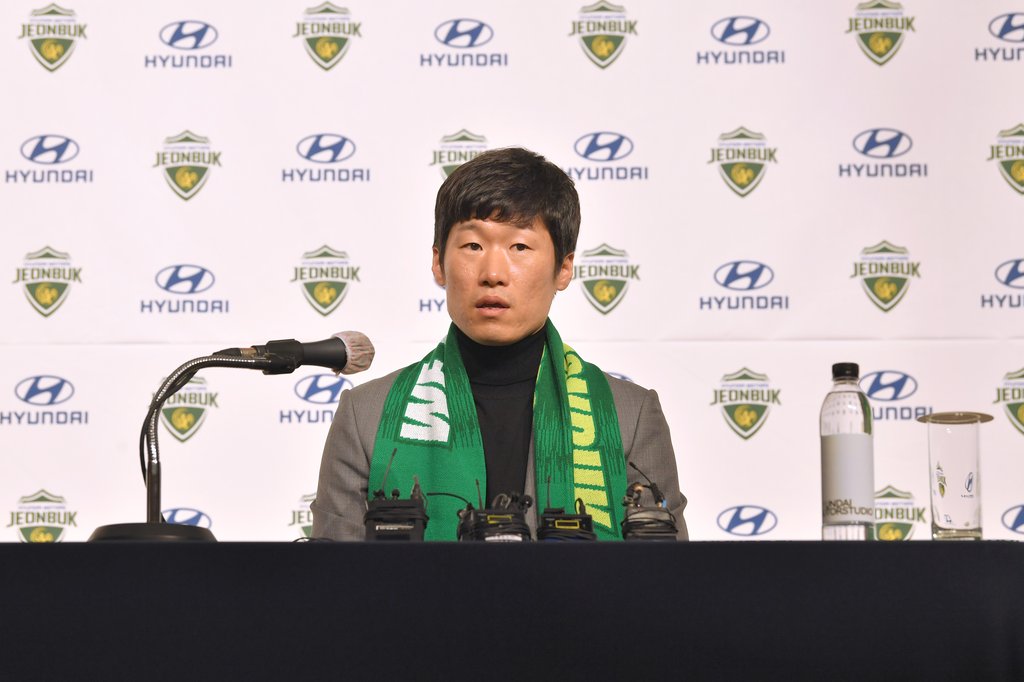 In his post-playing career, Park served as head of youth development strategy for the Korea Football Association from November 2017 to December 2018. It was Park's first foray into football administration, and now he'll try to bring that experience into his first K League job.

"Jeonbuk are already the top club in the K League," Park said of the four-time reigning champions. "I don't think any changes need to be made to the K League side, but I should be able to help out with the youth system and other organizational areas."

Park will be splitting time between South Korea and Britain. He said he turned down Jeonbuk's initial offer in December because he wouldn't be able to stay in South Korea year-round. But then the club told Park he didn't have to be in the country all the time, as long as he could share his knowledge and experience in any way he can.

"I started a coaching certificate course in Britain last summer, and it's going to take a while before I can complete it because we've only done online classes due to COVID-19," Park said. "I have no plans to live in Korea at the moment. But I'll be visiting every quarter to work with Jeonbuk."

Even though he's trying to earn his coaching certificate, Park said he has no desire to become a club coach. 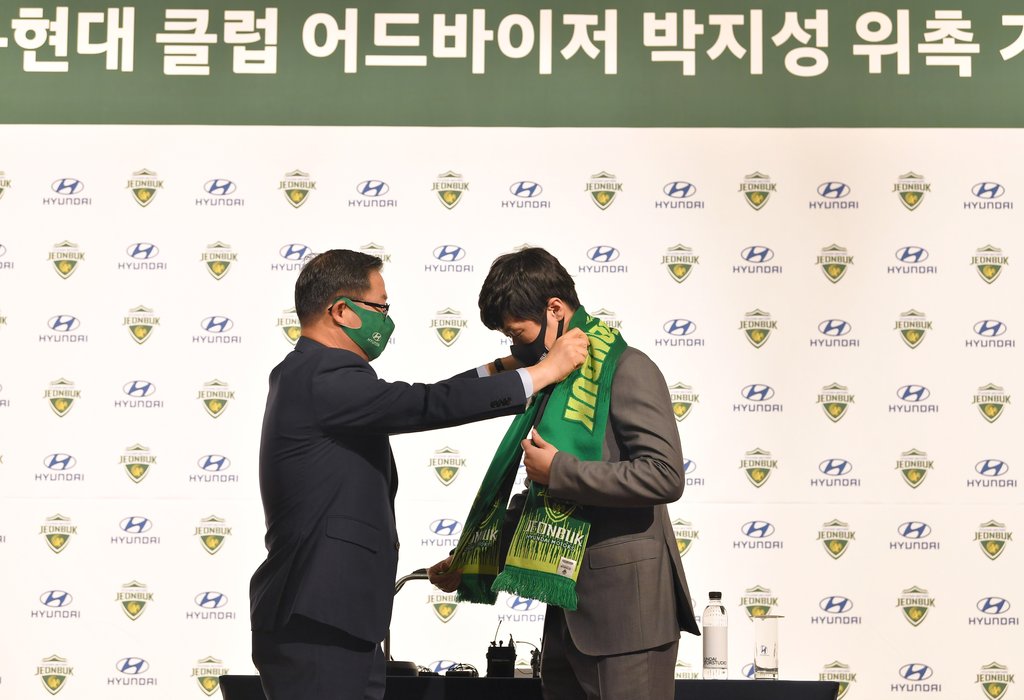 "I am doing that course mainly because I think it's going to help me as an administrator," Park said. "I am curious about how a former player ends up becoming a coach. Understanding that process should help with club operations. I may decide to coach youth players, but I don't plan on coaching at the pro level."

Park is the latest hero from the 2002 World Cup team, which marched into the semifinals for the co-host South Korea, to be hired by a K League club. Park scored a career-defining goal against Portugal in the final group match that year, sealing a stunning 1-0 victory that sent South Korea into the knockout stage for the first time. 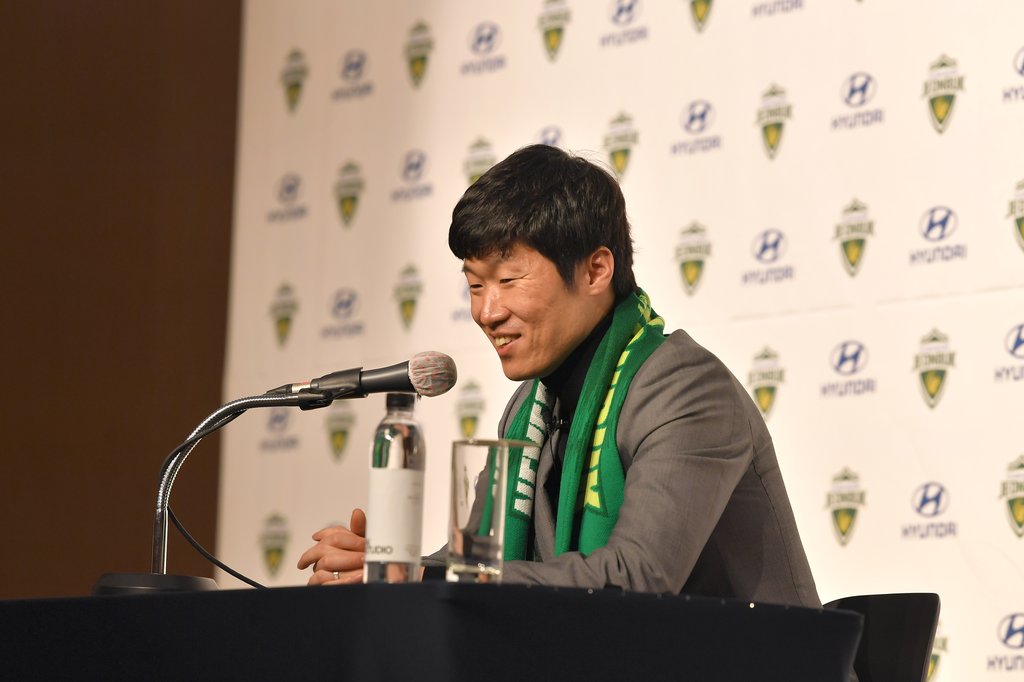 "We all played in a special period in time, and we have to think of ways to return all the love and support we received from fans," Park said. "We're all in different positions, so I don't know if you can call our teams' matches 'battles.' But if it can help drive up interest across the league, then I am all for it."

Park said his position with Jeonbuk means he will no longer be able to serve as a Manchester United ambassador.

And on the off chance that Man United and Jeonbuk clash in the FIFA Club World Cup, Park already knows where his rooting interest lies.

"Of course, I will cheer for Jeonbuk," Park said with a smile. "I've never thought about that possibility, but it'd be great if it can happen."